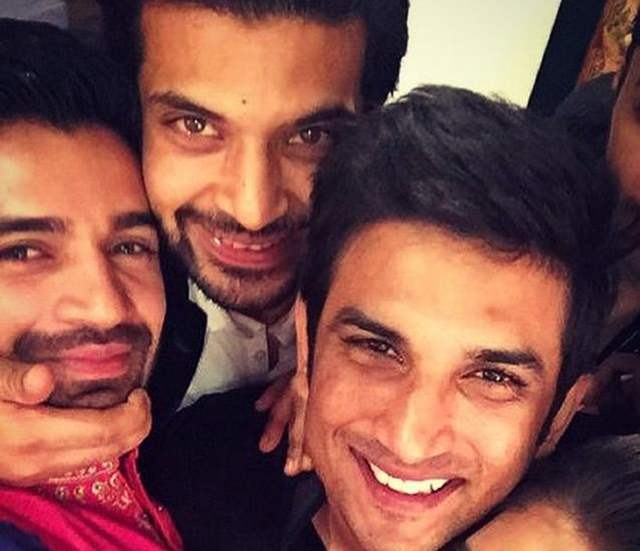 Actor Vishal Singh, who worked with Sushant Singh Rajput in the early days of the late actor, says he does not think Sushant could have killed himself, and adds that there is something bigger behind the death.

The two actors had shared screen space about a decade ago in the TV show “Kis Desh Mein Hai Meraa Dil”, which marked Sushant’s debut as an actor. With the late actor’s family, friends, colleagues and fans asking for a CBI probe into his death, Vishal truly wants justice.

“I feel it’s beyond what people are trying to show. I don’t think he can kill himself. I am sure there is something larger and bigger behind (the death). I am hoping the truth comes out,” said Vishal..

Vishal has pleasant memories of Sushant. “My first memory of Sushant is of the set of ‘Kis Desh Mein Hai Meraa Dil’. I was already doing ‘Kuchh is Tara’ so there was like one cameo role for which they wanted a known face. So it was me. Sushant was there. That was the first time I met him on the set. He was very nice and a chilled-out person. Then both were working with (the production house) Balaji for the longest time, so we kept bumping into each other. I was there when he was cast for ‘Pavitra Rishta’. We always met at Balaji parties. That’s how we created a bond,” he recalled.

He remembers Sushant as someone who was always “smiling, laughing” adding that he was “such a good guy”.

When he heard the news of his death on June 14, Vishal thought that someone was joking. “We hadn’t spoken for a few years. When I heard the news, I had no reaction. I was numb, I couldn’t believe it because it was sad and unbelievable. When I saw the picture — that was the worst thing,” he said.

“I feel there is a lot of power in prayers. Prayers can turn wrong into right. So, I think we all should pray,. I am happy that now CBI will solve the case,” Vishal concluded.