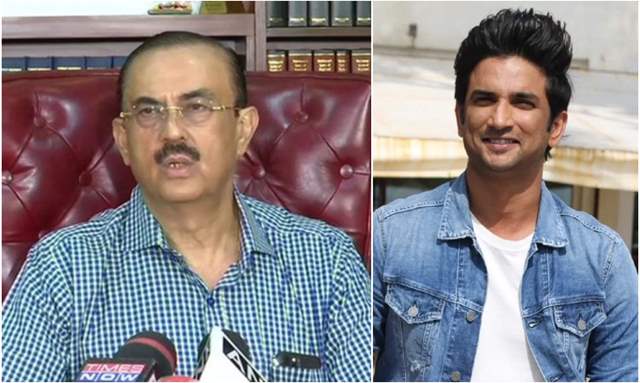 Sushant Singh Rajput’s death sent shockwaves across the nation, while the rumors repeatedly tried to hint at the murder angle in the investigation. In its report to CBI, the AIIMS panel dismissed all the angles including the theories of poisoning and strangling. Now, in a recent turn of events, the Central Bureau of Investigation (CBI) has reportedly confirmed that Sushant Singh Rajput died by suicide.

If we are to go by the reports, Sushant’s family has rejected the forensic findings and is demanding a new forensic panel to examine the case. The family is reportedly unhappy with the findings of the AIIMS team which was investigating the case and working with CBI.

Now, Sushant’s family lawyer Vikas Singh has issued a statement about the same and raised questions on reports submitted by the panel. As stated by Vikas Singh, the family will pursue the case again by writing to the CBI.

Vikas Singh in his statement has said that “We will be written in demand to a new forensic team which will have the best doctors from India and they will be involved with the same. The entire investigation conducted by AIIMS is suspicious, their doctors appear on TV channels to announce the report when it hasn't been released on the public domain. I even tried to procure a copy of a report from them, which we can analyze. But they aren't willing to share the report.”

Elaborating further, Vikas Singh claimed that when he sent Sushant’s picture to Dr. Sudhir Gupta, he stated that ‘200% it is a case of strangulation and no one can say it is a case of suicide.

Hitting back at the reports submitted by AIIMS, Singh tried to highlight that their only job was to suggest and provide an opinion on the Cooper hospital doctor’s work and not come to a conclusion.

He said, “AIIMS didn't have Sushant's body; their job wasn't to conduct an autopsy; they were to provide opinion on Cooper's work; to decide whether it was suicide was for the police. Death by hanging needn't be suicide.”

The way they have submitted the report also questions their credibility he satiated.

For the unversed, the AIIMS panel recently ruled out murder in Sushant Singh Rajput’s death. The 5-member team called it a case of hanging and death by suicide rejecting the claim of poisoning and strangling.

Mumbai’s Cooper Hospital’s autopsy found "asphyxia due to hanging" as the cause of death and the AIIMS panel has concurred with that opinion. The circumstantial evidence also suggests that it was a case of suicide and not murder.

azaanabbas 1 months ago Enough already. Bots have been exposed, AIIMS and CBI have confirmed it is death by suicide. His lawyer needs to sit down and understand that, and stop making a molehill when everyone knows the truth now. They truly made a mockery of his death. Sad.