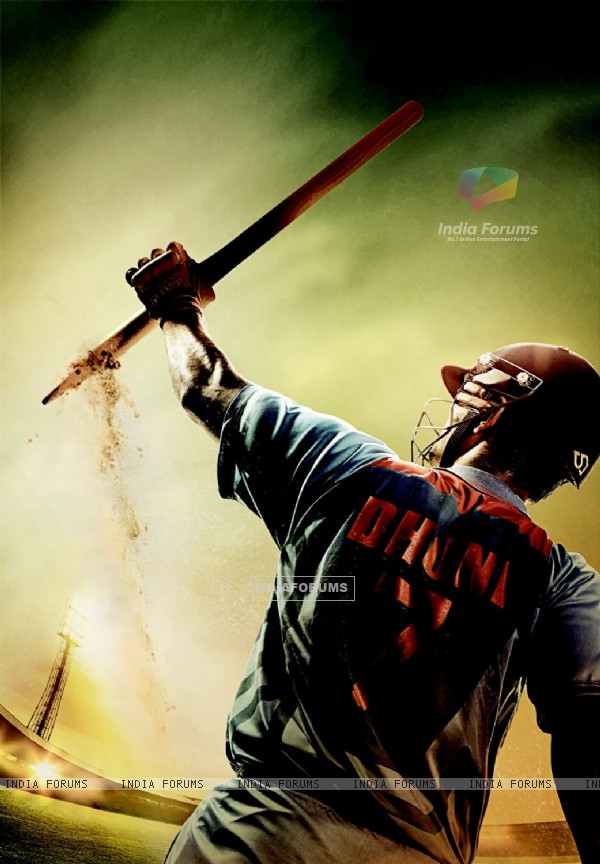 Fox Star Studios join hands with Inspired Entertainment (Rhiti Group) to bring the most anticipated film of the year "M.S.Dhoni - The untold story", the official bio-pic on the Indian cricket captain.

Sushant Singh Rajput senses the responsibility and pride of donning Dhoni's iconic blue colours while preparing for the official bio-pic on the most successful Indian cricket captain that releases on October 22, 2015. Sushant Singh Rajput is really getting into the skin of the character for his role as the legendary cricket captain Mahendra Singh Dhoni in Neeraj Pandey's bio-pic titled "M.S.Dhoni: The Untold Story". Sushant has been working very hard for more than 4 months now, practicing to play and keep the ball like our Captain Cool. Sushant knows the challenges and huge opportunity the role throws at him, as the hugely popular Captain is still playing and followed by the whole nation. Sushant knows that he has to train intensely hard to pull off the role of Dhoni convincingly.

Right from the announcement of the project, the film has gained massive appeal not only in India but also in the other cricket playing nations of the world, thanks to the popularity of the Indian Captain and his victories.

"M.S.Dhoni: The Untold Story" delves into the workings of one of the finest minds of modern cricket. It traces his incredible, inspirational rise from humble beginnings in Ranchi to an icon of modern India. While the story plays out upon an epic canvas of global cricket, director Neeraj Pandey is clear he's trying to uncover the more personal and human story behind the icon - the untold story filled with humour, romance, tragedy and triumph.

The film is being co-produced by Fox Star Studios & Inspired Entertainment. Inspired entertainment is an associate company of Rhiti Sports, that has exclusive rights of M S Dhoni's story. Fox Star Studios, with their international infrastructure will be taking this bio-pic of Mahendra Singh Dhoni beyond the national boundaries of India.

Vijay Singh, CEO of Fox Star Studios, says, "We are very proud to be bringing this fascinating story to the screen. Dhoni's story is such a remarkable story & is an inspiration not only to the country's youth, but to the larger cricketing fraternity across the world! It's a massive film for us and certainly one of the biggest films of 2015 which we will release worldwide on October 22nd. M.S.Dhoni is the most successful cricket captain of India but not many know how M.S.Dhoni is in real-life."

Arun Pandey of Inspired Entertainment, says, "We feel Neeraj Pandey is one of the most visionary directors of our time and with him directing the project, we are surely in safe hands. It's an honour to present such a true-to-life human story which can inspire the world and can make everyone belief how one can achive their dreams, if one chase the same with honesty, hard work , dedication and passion. We are delighted to be associated with Fox Star Studios as our partner. We truly belive that Fox Star Studios with their huge network is the best placed to take this "True India Story" to the world. I am very happy to have Sushant on board to play M.S.Dhoni he is rare combination of talent hard work and commitment."