Get to enjoy dance and music together as Zee proudly presents to you Tata Indicom Ek Se Badhkar Ek Jalwe Sitaron Ke, a show that will bring promising talent from both the fields to offer great entertainment. The show spread over 20 episodes will hit your television screens from Saturday, June 7th 7:30.

The show will see a singer and an actor combine to form a team, and in total there will be 8 jodis vying to be crowned as ‘Sabse Badkar Jodi’… Champs from the music world Raja Hasan, Harpreet, Emon, Aneek Dhar, Amit, Poonam, Sumedha and Sanchita along with television celebrities Kushal Punjabi, Shayantani Ghosh, Apoorva Agnihotri, Rajshri, Abhishek Awasthi, Purbi Joshi, Jasveer Kaur and Amrapali will team up to set the show on fire from this weekend.

The host of the show needs no introduction, he is the Badhshah of Bhojpuri films, he has been the anchor in demand now; he is none other than Ravi Kissen who is seen anchoring Vodafone Yeh Hai Jalwa on 9X. The judges for the show will see a combination of a singer and a choreographer in Abhijeet Bhattacharya and Ahmed Khan… 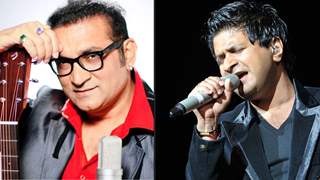 + 2
14 years ago first time a child has been nominated for bet actor...well done darsheel

14 years ago well he deserves it n im waiting to be one the nomition list one day...hope he does gud all the best

14 years ago u no wut wood hav been cool?
if they had only sa re ga ma pa challenge 07 and ppul only frum zee (no offence sanchita and emon and ppul not from zee) like it would be cool to c this becuz it would be different, (not tht it isnt) and it woulnt look like a copy, it would be an original becuase its only zee stars and zee singers