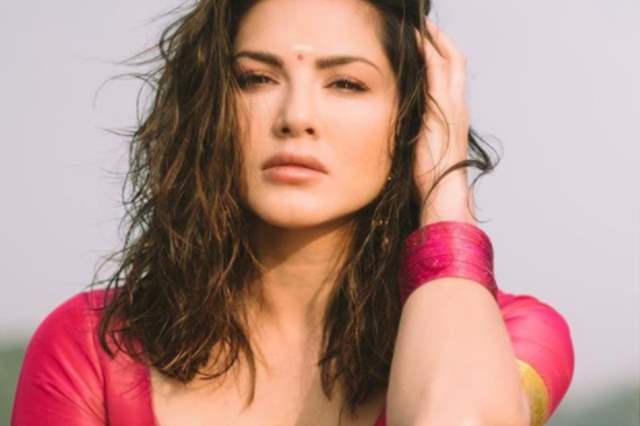 Actor Sunny Leone has been a trailblazer in all the senses possible where after her appearance in Bigg Boss several years ago, she went on to become a leading movie star has survived in the industry over all these years continuing to be a part of multiple projects. One show that she has become synonymous lately has been Splitsvilla, which she shoots with co-host Rannvijay Singha.

As the thirteenth season is upon us, the actor recently opened up on how and while shooting for Splitsvilla in Kerala right now, she has brought her kids along and it has turned out to be a vacation along with work.

Talking about it with Times of India, Leone said, "I brought my kids to Splitsvilla with me. They have been with me all the time. Shooting a reality show is a lot different than a film or a web show. A lot of the shoot would happen during their noon nap time and when they went to sleep at night. I got to spend a lot of time with my children, my family. It was probably one of the best family trips I have ever had."

She added, "They had a children’s area, there would be various activities. They would go on nature walks, finding butterflies. Nisha would go out seeing the animal life on the island. It was very refreshing. When my children would fall on the ground and I would go running after them, it was a nice feeling. They had a lot of fun." Talking about the show itself, Leone said, "It was a major change this year to be able to function as we did in pre-pandemic. It felt really nice and it was special. We were able to feel safe. It felt absolutely amazing. After a year of wearing masks while travelling anywhere, the production house did a really good job by creating a bio-bubble around us. It felt good to have a normal life once again."

She added, "There were around 200 technicians, cast and crew. Once we were inside the bio-bubble we weren’t allowed in or out. We were quarantined twice, Covid-19 tests were done. It is strange how the human body reacts to not having to wear a mask again. At some point you forget that there is a pandemic right outside the island. Once we were getting ready to make an exit again, I had to train my kids that it is time to wear the mask, get their hands sanitised frequently. It was nice to shake hands, look in the eye and actually see what that person is speaking."

Ending on a good note, Leone said, "I still believe in the idea of going out on a date, looking into each other’s eyes, speaking to them, and seeing their reaction. In this digital age and relationship, I feel you don’t understand the tone, the emotional needs. A certain statement may be taken negatively, because you might be having a bad day. I still believe in getting to know someone better, if that person makes you feel butterflies in the stomach rather than just clicking a picture."