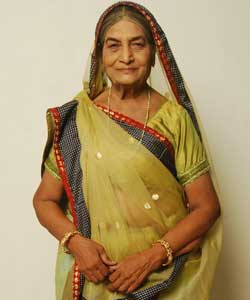 The Kaushik family has been under the strict rule of of Mrs Kaushik (Vibha Chhibber) till now, but the audience will see the reigns of supremacy slipping from the hands of Mrs Kaushik as her mother in law is all set to sweep over the whole household.

A source says, "Ammasa is a whimsical old lady who wants to be treated like a Queen and wants things to be done her way.  She is respected and feared by all even though she is biased towards Uttkarsh and Kartik. Nobody in the family wants Ammasa to know that Kartik (Mukul Harish) is already married to Lovely (Ragini Nandwani)."

"Sunita has already started her shoot today and her entry will be shown this week on the show", adds the source.

Will Ammasa find out the truth of Karthik's marriage? Will Lovely succeed in winning Ammasa's heart surpassing her mother in law?

-Nirvana- 9 years ago Strict!Wooow,hope Lovely n mrs K will be able to make her a nice loving old lady.
Thanks for the article

krnagu 9 years ago This serial looks like a big drama which is far from reality.

riatagore 9 years ago wow! thanks for the news. it is looking interesting again

ALUJNA21 9 years ago seems interesting as this will add some spices in the story.