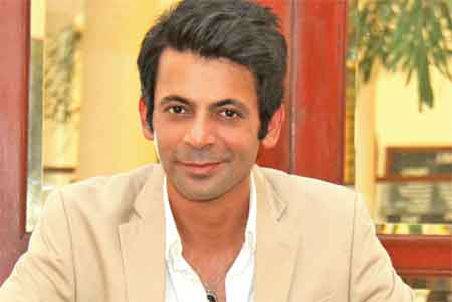 TV's popular comedian Sunil Grover who will be soon seen in Star Plus' upcoming show Mad In India as Chutki, escaped through an accident today as his car rammed into an another car causing people injured.

According to our source, "Sunil's BMW car rammed into an Alto at Navi Mumbai- Belapur- Panvel Highway. Fortunately Sunil was unhurt but other people who were in the Alto car were injured."

The cause of the fatal accident was Sunil's car which was being driven at a higher speed and due to which the tyre of his car burst and it led to an accident. We tried to call Sunil Grover but his phone remained not reachable.

Well, the police are now investigating the matter and have started acting upon the FIR which was being lodged.

Mogwai 6 years ago The article does not state who was driving the car. But if it was someone else or Sunil himself, people in general should not put the lives of others at risk. It's not on. However, I don't think this has anything to do with Kapil and regardless of what happens, we should wish people well. Hope no one is badly hurt.

Vaibhav.sharma 6 years ago I dont think it would be right to blame anyone for this..I would say its rather unfortunate that an accident happened...no one purposely does it so lets not blame anyone fr it..Hope the injured ppl get well soon..

PS : Technically the tyre busted coz of less air, so yeah d lesson Sunil n actually his driver learnt is to check the air in the tyre before taking on the road...

PrinceASRsDhani 6 years ago P.S. Repeating again if hatred was an issue, I wouldn't have bothered turnimg up here and pained my fingers to type the lecture...

Hatred is a strong word, that I shall refrain myself from using, P.S. If Sunil is getting more popularity than a Kapil...I am least bothered...

I am Sunil as well as kapil's fan...As kapil said it's his right if he wants to own his new show it's perfectly fine...

I am neither going to gain or loose...Long story short I am not hurt in the process.

And I am also sorry, that comments made purely for the concern of the people who got injured...was mistaken as "hatred!"

I genuinely feel sorry about that...Not that I want, if in this case Sunil was hurt, I am 10000% sure that my comments had been quite be similar to the one that wrote first...

And yes accidents are accidents that is why they are called "ACCIDENTS!"

But if driving fast is not a crime, than driving in a safe way if far more better!


Hopefully, accident rate drops down in India and in the rest of the world...
If an accident put someone's life at stake, especially where they could be prevented, I am not sorry to say than, ITS A BIG DEAL!

Proud-India 6 years ago Accident is not a big deal of world.

Who do not get accident in whole life? Whether it celebrity or common men?

People who are speaking negative for Sunil , are not tensed for those injured people...but they are person who can not show Sunil ahead then Kapil Sharma.

PrinceASRsDhani 6 years ago Whether, it was Sunil or his driver driving the car...

Sunil was in the car...As a responsible car passenger, he had the right to ask the driver to slow down the car...

And by the way, if he cared about his life he should have asked the driver to slow down the car, but I guess neither he cared himself or about the other road users...

The mistake is a mistake...And who was driver of the car!? I hope not Amitabh Bachan...Whom Sunil couldn't ask to slow down the car...

But in this case, hurting someone by asking them to slow down the car is not bigger than getting someone killed...

Driver should be sued in this case, or Sunil himself, so that next time, they think twice getting behind the wheel.

Proud-India 6 years ago Sunil did not drive BMW.His driver did

Do not put Kapil-Sunil fight as the point in this case.

Sunil...Best of Luck for Mad In India.

Get Well Soon To All

iheartChai 6 years ago The definition of fatal is causing death. I really wish the word was used properly in the article. It sounds like people were injured but no one died. Sunil was lucky. Get well soon to those injured.

-Maryam.K- 6 years ago Accidently rated it. I so agree with the below comment!! Never liked him, trying to get his own show for attention and always trying to compare himself with kapil. Kapil would always be the best what so ever!! Get well soon to the people who sunil injured.

RubblesTinTin 6 years ago Well if you don't care about your own life! Don't put others life in danger...
Be a responsible driver!
When you are on road...It's not only about you sharing the road, but others too...

I hope other people aren't really hurt that much!

we has been updated and add products and

many things they abandoned their increases

You can try oh, will make you satisfied.