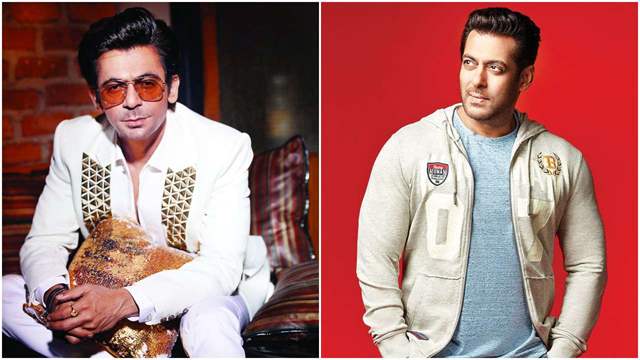 Salman Khan has always made sure to be in the limelight among the viewers whether it is television or if it is movies. The actor is also known to have introduced many budding stars in his movies with them eventually having a successful career ahead. This was one such story of  Sunil Grover who was seen opposite Salman in his latest movie Bharat.

Sunil who is known to have played cameos in films got an opportunity to have a longer screen presence in the movie. Sunil has made Salman laugh like no other which impressed the actor to have him to play an important role in Bharat.

He further added, “Right now there is nothing planned as such but as soon as there is something, I would love to do it, in case he wants to work with me,” joked Sunil

Sunil will be making a comeback with Star Bharat’s Gangs of Filmistaan. The show will be a unique non-fiction comedy show that will offer a daily dose of entertainment for 60mins on the channel. To paraphrase in one line, it is Bollywood coming to you in the funniest way.