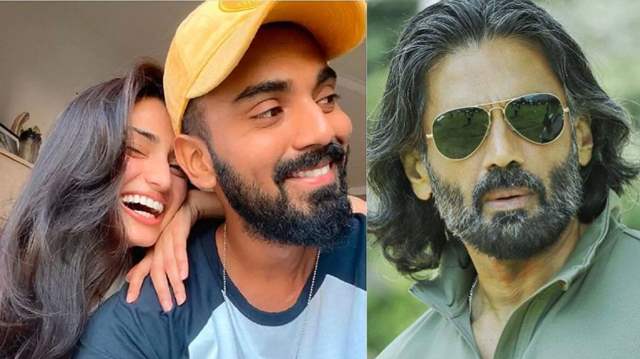 Athiya Shetty has been making headlines since the past few months owing to her personal life. The actress is dating Indian cricketer KL Rahul and is the daughter of well-known actor Suniel Shetty. The buzz currently is that these two lovers, who have been together for a while, intend to move their relationship forward. Rahul and Athiya are expected to wed by the end of this year, as previously reported. However, in a recent interview, the Dhadkan actor revealed some specifics about his daughter's wedding.

KL Rahul and Athiya Shetty's wedding was a recent topic of conversation with Suniel Shetty. He has indicated that the wedding will take place shortly. The actor admitted that he is considering the potential dates because they need to plan everything around Athiya and Rahul's schedules.

Hopefully soon, we will know when and where will it (wedding) happen," he quoted to Hindustan Times. “I guess at the right time, everyone will know the details about the wedding,” he added.

According to rumours, the young actress and the famous cricketer have been dating seriously for around three years. A few months ago, Athiya Shetty and KL Rahul declared their Instagram relationship official. Since then, they have been frequently in the news for their endearing public displays of affection. Earlier Athiya Shetty refuted to her wedding rumours by sharing a message on her Insatgram stories which said,  "I hope I’m invited to this wedding that’s taking place in 3 months, lol."