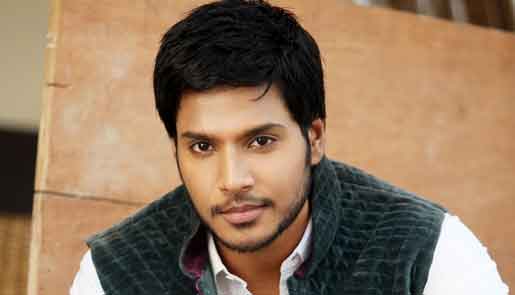 Actor Sundeep Kishan may not have scored a hit with his last release "Joru", but he's so confident about his forthcoming Telugu romantic-comedy "Beeruva" that he decided to pick up the distribution rights of the film in Guntur area.

"It's a fresh idea that has been treated commercially to reach the masses. I know things didn't go right with 'Joru' and that's why we took extra effort while making 'Beeruva'. We've shown it to a few people and the response has been positive. I feel quite confident about the product," Sundeep told IANS.

"The film gave me the confidence to go ahead and acquire the distribution rights," he said.

Releasing Friday in cinemas, "Beeruva", which is directed by Kanmani, is a "fun family entertainer".

"Although the film is high on comedy, its screenplay is driven by a new concept. The entertainment quotient has been treated intelligently and nothing has been done intentionally to make audiences laugh," he added.

One of the highlights of "Beeruva" is its producers, Gemini Kiran and Ramoji Rao, who are the owners of rival television channels.

How did they come on board?

"It's a funny combination of television rivals ETV and Gemini TV coming together. Kiran sir and I worked together in 'Venkatadri Express', and he came across this script and we decided to work together. It was the script that brought both of them together," Sundeep said.

"Beeruva" happens to be Sundeep's fourth consecutive release to be high on comedy. But he says he's not just suitable for such films.

"I wouldn't say I'm more comfortable doing comedy. I believe audiences come to theatres to get entertained. Although as an actor I love intense roles, but as a viewer I prefer comedy as a genre," he said.

"I also believe audiences have accepted me in the roles I do. Even when I played a character with negative shades in 'Prasthanam', they welcomed me wholeheartedly," he added.