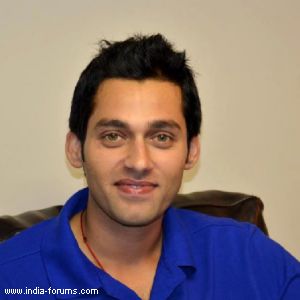 The good looking actor Sumit Vats who is currently seen in Big Magic's Ajab Gajab Ghar Jamai is currently facing some health issues. Yesterday, Sumit was taken to the hospital by the production people after he complained about having pain in his arms but the dedicated actor resumed shooting the same day after consulting the doctor and taking medicines.

When TellyBuzz contacted Sumit, he told us, "I got a severe pain in my right arm and I was not able to move my arm and it was paining below my shoulder. The production people took me to the hospital. Doctor told me that it happened because of stress and suggested me few medicines. Now I am fine. I was there for couple of hours and I resumed shooting the same day because I had to be present in every scene and if I couldn't do so, then shooting would have suffered and later it might turn out to be a loss for my producers. I told the doctors that if I won't get relief from the medicines, then I will stay back else I won't."

He further added, "After I took medicines, I was relieved; pain was there but not of that level. I am taking precautions while shooting now. The production team and the director was very kind and supportive. The whole unit supported me and cared for me while I going through that pain. Now I am fine and will get better soon."
TellyBuzz wishes Sumit a speedy recovery!
Anwesha Kamal
29 Likes

Divya Agarwal Requests Fans To Pray For Her Father; Distressed About ...

sweetinshi 6 years ago Sumit take care f ur health as 'health is wealth'...god bless u dear

Divineluster 6 years ago Love u sumit...

nutan7 6 years ago sumit u have infection and fever during HD .and still u have worked

designersaini 6 years ago Sumit take care of ur health...hope now ur arm will be fine...god bless u

Reemachowdhury 6 years ago you are a great person Sumit
take care...stay healthy!!

nutan7 6 years ago thank u production house ,director and other cast and crew for taking care of our favourite sumit