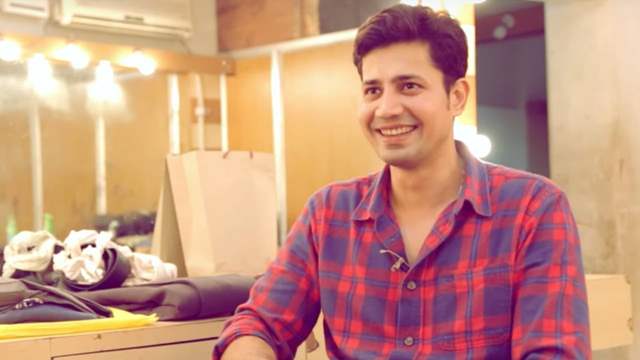 The kings of consistency in the Indian OTT space, ALTBalaji and ZEE5 have made a name for themselves by always keeping the viewers hooked to their screens. Things are all set to get a whole lot better as the two homegrown platforms are all set to launch a new thriller web-series Dark 7 White. And if that wasn’t enough to raise the excitement, the show will feature the charismatic Sumeet Vyas in the lead role. The fine actor shall essay the character of Yudhveer Singh, one born of royal blood, who is ambitious and confident to the very core. Having political ambitions and a man hungry for power, one shall get to see the many layers to this character as Yudhveer ends up getting nominated by his party as the next CM candidate.

Speaking on playing the character of Yudhveer, an elated Sumeet said, “I am really excited for this project after my stint on The Verdict: State vs Nanavati. Also, I'm thankful to team ALTBalaji and ZEE5 for always considering me for Roles that are rather unorthodox. It's every actor's dream to make a mould and break it. In my case I'm grateful to Ekta Kapoor for always stepping in to help me achieve it every time I've struggled with it. My character in this is royal, carefree and has different shades attached to it.  It’s a challenging character to portray as a very different one from the roles that I have played previously. I hope the audiences will love my character and continue to shower their love on me as they have been doing always.”

Dark-7-White is a Youth oriented political thriller murder mystery with a quirky storytelling style filled with dark humour. It is a gripping Political-Youth Thriller about seven friends having high profile jobs with the story shedding light on how their situation wasn’t the same back in their college days. What adds to the intrigue is the story of one of these seven characters who use the other six for his advantage. Is Yudhveer one of them? We can’t wait to find out.

Stay tuned to ALTBalaji and ZEE5 for more updates

Indian Idol 12: Team starts shooting for final round of ...
39 minutes ago

Sidharth Pithani to record statement under 164 CrPc, may ...
41 minutes ago