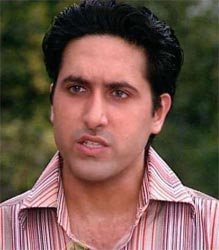 Sumeet Sachdev is the name which created a wave in Indian Television with his debut role of Gomzy (Gautam) in Kyunki Saas Bhi Kabhi Bahu Thi. Though the actor was lately seen in Sony TV's 'Pyaar Ka Bandhan',  he has moved his focus towards working on one of his dream projects and is today happy as he has succeeded in gaining recognition there.

A source says, "Recently, he was working on a short film named 'Rehmaan Sahab Ko Phone Karna Hai' which got nominated for the Best Short Film in the International Short Film Festival held at Kerala. His short film not only got nominated, but also won the award for it. He is now trying to experiment more and more with short films and is also planning to convert that film into a feature film."

"Meanwhile, the same movie is finalized to get yet another award, IDPA Awards (Indian Documentary Producers Association Awards) on the 27th of October. As of now, Sumeet is busy right now to remake it as a feature film."

We contacted Sumeet Sachdev to congratulate him on his big achievement. " Yes, right now I have taken a small break from the TV industry, as I am a bit busy making my documentary film again. But I will be back onscreen soon."

Telly Buzz wishes you all the best for your award and for your next venture!

+ 2
10 years ago Congrations!! May you get more success in life

For doing something worthwhile and not only speaking about it

+ 3
10 years ago he is a good actor...will be looking forward to seeing him on tv again!

+ 2
10 years ago wow thats cool....heartiest congratulations to him