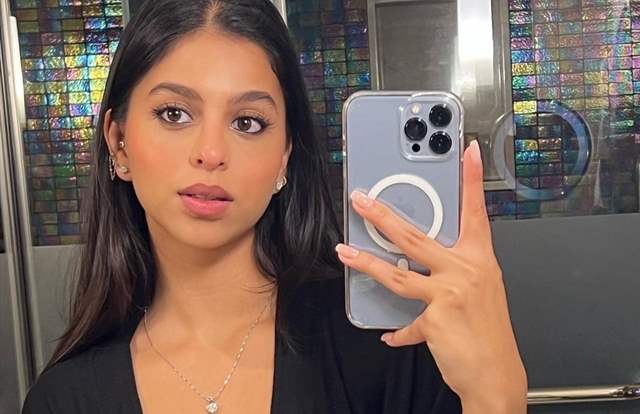 Shah Rukh Khan's daughter Suhana Khan is one of the most well-liked starkids in Bollywood's glitzy city. Suhana is already making headlines as the star child is going to make her major Bollywood debut with Zoya Akhtar's highly anticipated film The Archies.

Not only Suhana but Boney Kapoor's daughter Khushi Kapoor, and Agastya Nanda, the grandson of Amitabh Bachchan, will all make their acting debuts in the movie. Additionally, Mihir Ahuja, Dot, Yuvraj Menda, and Vedang Raina are included.

Suhana has always been in the spotlight, even if she hasn't yet entered the world of show business although her pictures on social media never fail to grab our attention.

Talking about which, Suhana just published a breathtaking photo on her Instagram account, and we can't stop staring at her. The star kid captioned the photo: "Get ready w me!" Her admirers and followers showered her with praise in the comments section as soon as she shared the image. While her friends were astounded by her beauty on top of everything else.

Suhana can be seen in perfectly done makeup while she wore a black shrug paired with a nude coloured camisole. The diamonds on her wrist and in the pendant of her necklace were surely very attractive.

Meanwhile, talking about The Archies is the Indian adaptation of the popular comic Archies. Agastya will play the character of Archie, while Khushi Kapoor and Suhana Khan will play Veronica and Betty, respectively. The Archies will stream on Netflix in 2023 and will be produced by Zoya Akhtar and Reema Kagti for Tiger Baby and Sharad Devarajan for Graphic India. It is written by Kagti, Akhtar and Ayesha DeVitre.

1 months ago She looks so ugly