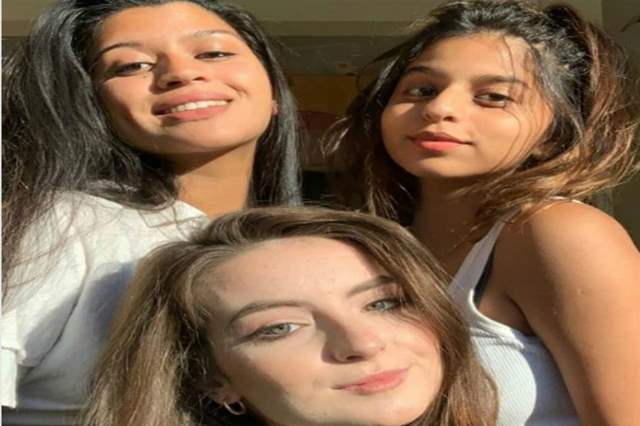 Star kids have a special place in the hearts of Bollywood fans. The media too gives incessant attention to them and keeps a check on every move they are making. These days the daughter of King Khan, Suhana is studying in NYU. After her graduation from London, she wanted to learn film making professionally and hence took admission in New York University to learn from the best.

She has been an internet sensation for quiet a while now. The pictures she shares go viral on social media within minutes; be it her picture from the first day of college or a her picture from a play or a theater performance, fans adore it all. As the fans have been keeping a check, her recent pictures say that she has made friends in New York and is having a gala time learning with them .

Her pictures from a recent outing are proof that she beyond thrilled for her journey ahead in NYU. Wearing a white bodycon white top with beige coloured skirt, Suhana mostly keeps it casual. Have a look:

Pretty as a sunshine, isn't she?

SC questions Rhea Chakraborty regarding plea to transfer ...
20 minutes ago

Rhea Made Financial and Professional Decisions on Sushant’s ...
32 minutes ago

Thor actor Chris Hemsworth says, “I love the place and the ...
34 minutes ago

Janmashtami special: From 'Woh Kisna' to 'Yashomati maiya ...
2 hours ago