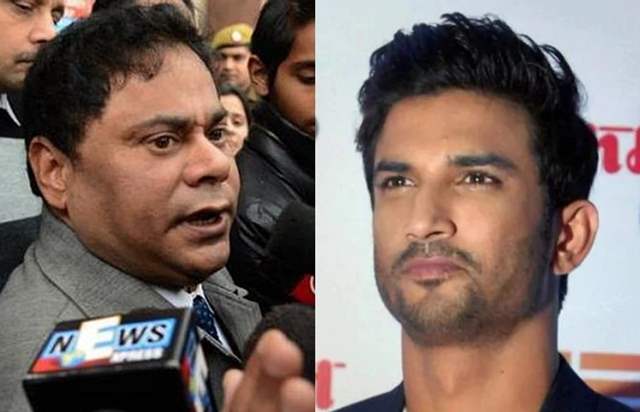 Dr. Sudhir Gupta, the lead forensic investigator at AIIMS hospital, has stated that Sushant Singh Rajput died due to suicide and not due to murder.

While talking to India Today, Dr. Sudhir said that all seven doctors examining SSR's autopsy reports have unanimously concluded that the actor's reason of death is suicide and not murder.

Earlier this morning, Dr. Sudhir's tape got leaked where in he was heard saying that Sushant Singh Rajput's death was 200% murder and that he died due to strangulation He further went on to raise questions on the Mumbai Police, asking them as to why was the crime scene not protected and due to the contamination of the crime scene the case cannot be formed.

However, now with a select media, Dr. Sudhir Gupta has turned away from his previous statements and has said that SSR died due to suicide. Talking about his leaked tape, he says, "Yes, everyone doubted when CBI started with its investigation. We investigated all doubts and then came with this opinion. Now, there should be no doubts. It was a seven member team of doctors who came to this conclusion that SSR dies by suicide." 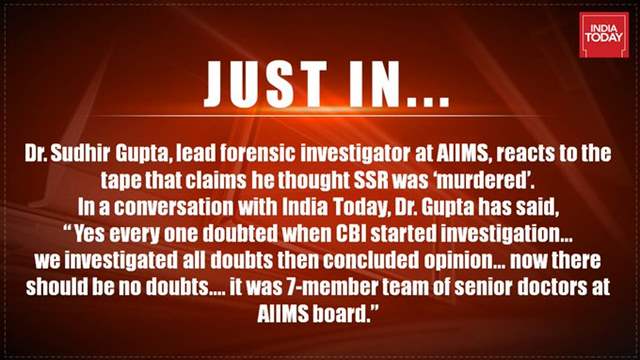 With this new twist that has come up after the team of AIIMS doctors concluded SSR's death as a suicide, the big question remains, 'What exactly happened on June 14, 2020? What went so wrong that Sushant had to end his life?'

If AAIMS doctors' theory and Cooper Hospital's first autopsy reports are correct than it is clear that SSR died due to suicide but owing to various discrepancies in Dr. Sudhir Gupta's inconsistent statements it is still difficult to believe that the actor took his own life.

However, the Central Bureau of Investigation (CBI) is yet to give it's final conclusion about Sushant Singh Rajput's autopsy reports.