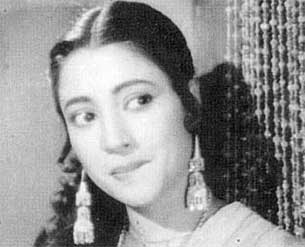 Sen, 82, who had bewitched generations of filmbuffs with her grace and beauty, died at a Kolkata nursing home Friday nightfollowing a massive cardiac arrest, a doctor said. She was under treatment for the last 26 days following serious respiratory problems.

"The passing away of 'Mahanayika' (great actress), I feel in world cinema and in Bengali cinema is a big and sad news. Such a talent is born only once and there is no parallel. Today is extremely saddening for us. We have lost someone important today," she said, while officially announcing Sen's death at the nursing home premises.

The chief minister rushed to the nursing home soon after receiving the news from doctors and family members.

"We will honour her with a gun salute."

Sen's body would be consigned to flames at the Keoratala crematorium.

Stressing that that her family has requested for "peaceful" last rites, she appealed to her fans to co-operate with the administration.

"They (Sen's family) have requested me and I request you to co-operate with us and her last rites be completed with peace and quiet."

She observed, how she had "so astonishingly" kept herself away from the public for three decades and called her a "near and dear one".

Banerjee was a frequent visitor to the hospital where Sen was admitted. Having shunned public figures for over three decades, Sen made a a rare exception for Banerjee during the last few days of her stay in the nursing home.

In 2012, the West Bengal government conferred its highest award "Banga Bibhushan" on Sen in absentia.