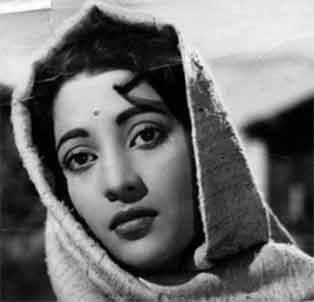 According to the latest medical bulletin, her fluctuating oxygen saturation level stabilised "to some extent". She was put on non-invasive ventilator support after her condition deteriorated.

Her cardiac condition is also satisfactory though she is not out of danger yet, doctors said.

On Tuesday, doctors ruled out any immediate plans of discharging Sen from the hospital.

Due to continuous monitoring of her vital parameters, which might need active emergency intervention, Sen will continue to be kept under observation in Intensive Therapy Unit (ITU) setting, they said in Tuesday's medical bulletin.

Sen was put on the ventilator Jan 3.

According to experts, her respiratory tract infection is under control, though it still remains detrimental to her health.

The 82-year-old actress was undergoing treatment for a chest infection at the nursing home since Dec 23 and was taken to the ITU after her condition worsened Dec 28 night.

Her work was appreciated offshore too - she won the best actress award for "Saat Paake Bandha" at the Moscow Film Festival in 1963.

Since Sen quit acting in 1978, she has become the most talked about hermit of Kolkata as she stopped meeting people except for her daughter Moon Moon Sen, grand-daughters Raima and Riya and reportedly some spiritual gurus.

However, in a rare exception, Sen met Chief Minister Mamata Banerjee at the nursing home Sunday.