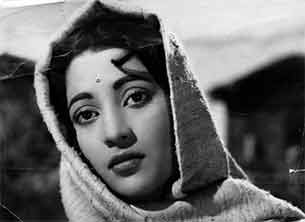 Iconic Bengali actress Suchitra Sen, under treatment in the critical care unit (CCU) of a nursing home here, was put under non-invasive ventilator support after her condition deteriorated Friday but was now described as stable.

"She was very critical through the day. But she is now stable," Banerjee, who visited the Belle Vue Clinic where Sen has been admitted, quoted one of the attending doctors as telling her.

The chief minister said she met the doctors and Sen's daughter Moon Moon during her visit.

"I did not meet Suchitra Sen as she has been keeping away from public life for the last 30-35 years. I did not meet her as I respect her decision," said Banerjee.

Maitra, part of the team of four experts monitoring Sen, said the decision to put Sen under immediate ventilator support was taken in consultation with her daughter.

"We consulted her daughter Moon Moon Sen and the chest specialists and our team before putting her on non-invasive ventilator support. We thought that a ventilator support at this point, without any further delay, would be beneficial," he said.

"The non-invasive ventilation is through a mask and is intermittent...it will be on for some time and taken off for some time."

Undergoing treatment for a chest infection at the nursing home since Dec 23, Sen was Sunday night taken to the CCU after her condition deteriorated and the heartbeat became irregular.

A statement from the hospital during the day said: "Other vital parameters like heart rate and blood pressure remain stable. She continues to take light diet."

"Her urine output is normal and other vital parameters are somewhat normal in accordance with her age," said Maitra.

Sen was seen by two chest specialists Friday. Her health is being monitored by a cardiologist and chest physician of the medical team set up for her treatment.

"We are carrying out routine blood investigations and she is on a spectrum of antibiotics for her respiratory infection."

Sen, 82, was admitted to the nursing home Dec 23 after she complained of breathlessness.

Starting her film career with Bengali movie "Sharey Chuattor", she is known for her performances in films like "Deep Jwele Jaai" and "Uttar Falguni" in the same language as well as Hindi movies "Devdas", "Bambai Ka Babu" and "Mamta".

Sen, who won the best actress award for "Saat Paake Bandha" at the Moscow film festival in 1963, quit acting in 1978.

Since her retirement, she has been living a reclusive life and only meets her daughter, who is also an actress, granddaughters Raima and Riya Sen, and a handful of others.