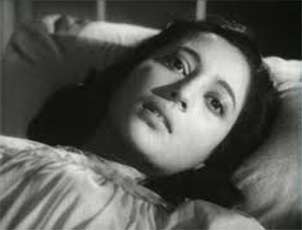 Though "extremely weak", the condition of legendary Bengali actress Suchitra Sen, who is suffering from serious respiratory problems, continues to be stable with the aid of continuous oxygen therapy, a medical bulletin said Wednesday.

She is not out of danger yet.

"Her condition remains much the same. She is maintaining her oxygen saturation with the help of continuous oxygen therapy, nebulisation and chest physiotherapy," said the latest report released by the Belle Vue Clinic where she is kept in the Intensive Therapy Unit.

The ailing legend is being fed through a tube and managed to speak for some moments to her family. Sen's actress daughter Moon Moon and granddaughters - actresses Riya and Raima - are by her bedside. Her son-in-law is also there.

Subrata Maitra, a doctor in the seven-member medical team treating the actress at the nursing home, said, the film icon is wary of sessions of chest physiotherapy and blood tests as they further weaken and inconvenience her.

"At the moment she doesn't need non-invasive ventilation and since she is very weak we are not opting for it. If there is need then we will use the procedure. She is not out of danger yet," said Maitra.

Her cardiac status is stable.

The 82-year-old initially suffered chest infection and was undergoing treatment for it at the nursing home since Dec 23. Her condition worsened Dec 28 night.

Sen, who ruled Bengali cinema for decades, has been a recluse ever since she quit acting over three decades ago. Known for her power-packed performances in highly acclaimed Bengali films such as "Deep Jwele Jaai" and "Uttar Falguni" as well as Hindi movies "Devdas", "Bombai Ka Babu", "Mamta" and "Aandhi", she has been dubbed as the Greta Garbo of Bengali cinema.