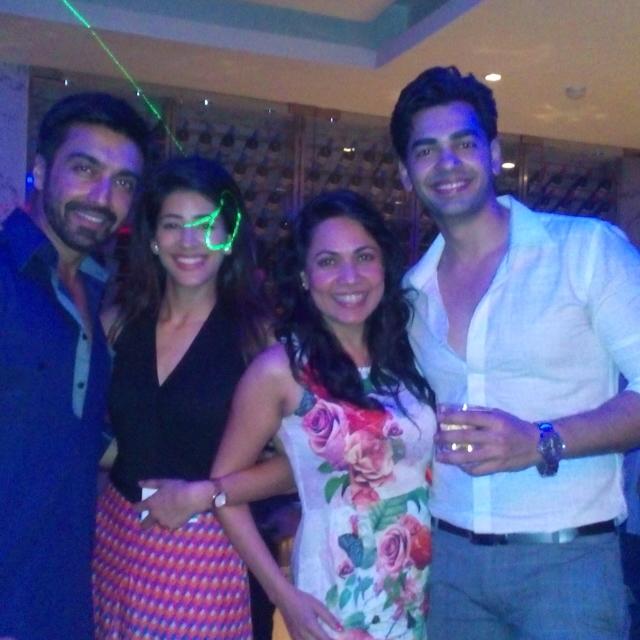 Zee TV's Ek Mutthi Aasmaan had recently organized a success bash for the the team. After the repeat telecast of the show at 11:00pm daily started again, Ek Mutthi Aasman started doing well on the TRP charts. It was seen that last week Ek Mutthi Aasmaan and Sapne Suhane Ladakpan Ke saw a confluence of their episodes and thus a Maha Sangam episode was aired for the viewers.

It was after this episode and the show was being aired for 6 days a week at a stretch that led the show Ek Mutthi Aasmaan garner higher TRPs ever.

When spoken to Tuhina Vohra aka Neetu Kapoor she very excitedly exclaimed, "I am obviously very excited with the kind of response we have got. Getting a TRP of 2.4 for a 7:00pm time slot is extremely amazing as most of the people do not reach home by then or they are working. So earlier they used to catch up with the 11 pm time slot. But in between, the repeat telecast of the show was stopped and the TRPs fell. Seeing this amazing TRP, all of us very spontaneously called up Tony, our producer and asked for the party. And he actually very spontaneously threw a success party. It was just the Ek Mutthi Aasman's unit and a few close friends. All of us bond so well that we enjoyed every bit of it. I have taken up this show after 4 years of sabbatical. Getting a news like this was just amazing."

Well, we wish you all the good luck for the future episodes and hope Ek Mutthi Aasman keeps doing well the way it is doing now.

N_Niya 6 years ago All credit goes to RagNa! Love both of them so so much! ^_^
Want them together otherwise will quit watcing EMA! :/

myera 6 years ago All the credit goes to Mr.Ashish chowdhry n Rachana parulkar.
As they enacted well towards imaginary situations.
You guys are wonderful as a couple in ek mutthi aasmaan.
Kudos to you people.

drdee142 6 years ago Success bash, really, all they succeeded in doing is destroying the show & the characters

Radhe101 6 years ago I think this was the last success bash they will have for EMA. EMA is over for me since May 9th...It lost all the charm every character of the show including the deva's ashirwad...can we get new show with Ashish and Rachna from other production house?

anunimpu 6 years ago We fans r very happy to support the show!!! We hope to see Ek Mutthi Aasmaan reach a new high..!!