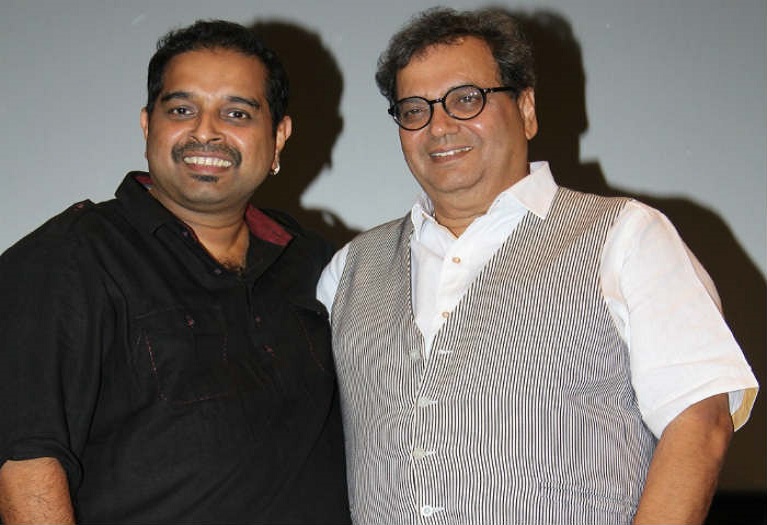 The trend of biopics has gripped Bollywood with most of them succeeding at the box office and work on several others has already begun. And now renowned director Subhash Ghai says that he'd like to make one on talented singer-composer Shankar Mahadevan.

Mahadevan was a special guest as a music teacher at Ghai's popular film school. When Ghai was asked which famous personality he would like to make a biopic on, he quickly responded: "Shankar Mahadevan."

"The environment of our institute has become extremely musical with Shankar's visit, spreading positive energy all around. I think the students are extremely fortunate since he shared his various experiences on different forms of music. He even shared the stories behind some of the songs which was a beautiful experience not just for them but also for me since I too learnt a lot of things from him today," said Ghai.

The success of official biopics on Milkha Singh, Paan Singh Tomar and Mary Kom were critically acclaimed as well as successful at the box-office. A biopic on Mahendra Singh Dhoni with Sushant Singh Rajput, on Mohammed Azharuddin and on Sarabjit Singh starring Aishwarya Rai Bachchan have already started work. In the pipeline are those on Kishore Kumar and Sanjay Dutt.