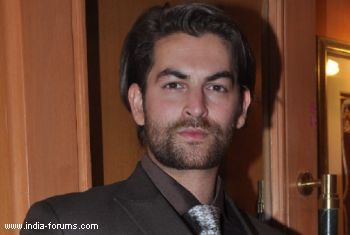 Actor Neil Nitin Mukesh, who is making his Tamil debut with upcoming actioner "Kaththi", says that he had been approached for Tamil films in the past but nothing excited him because he's more concerned about the strength of a character.

"Kaththi' may be the first Tamil film I'm working in, but I have been approached by Tamil filmmakers in the past but nothing materialised because I was not happy with my characters. It's not about the length of a character, but its strength is what matters to me the most," Neil told IANS.

"It doesn't matter if I'm playing the protagonist or antagonist, my presence in a film should add value to the story. I've never taken the cliched route of being a hero. I've always explored myself as an actor from my first film," said the "Johnny Gaddaar" star.

Neil says he prefers doing films where he gets to essay strong characters and A.R Murugadoss-directed "Kaththi" happens to be one such film.

"I prefer doing films with strong characters. When Murugadoss sir approached me for 'Kaththi', I was hoping I had better character than my previous films. When he narrated the story, I really liked my role even though I play an antagonist," he said.