View Profile
Every week we provide you with the ratings that eventually determine the fate of the shows. And it is no secret that no matter how much we repudiate it, but it is the numbers that matter for a show's sustainability.
However, there is a bigger picture which is rather important than the temporary ups and downs of multiple shows. And that is the channel that telecasts these shows. A show may have a good week or a bad one and still have the chance to bounce back later, but a channel has to compete with an amalgamation of rising and falling shows and still maintain their Gross Rating Points (GRPs).
In the modern era of television, there is a plethora of channels presenting plenty of shows. Unfortunately, very few manage to leave a mark and the top guns take away all the accolades.
That leads us to the constant war of supremacy between two juggernaut channels, Star Plus and Colors. In the past three weeks, we saw Colors beat Star Plus to get the top spot and lose it again the following week only to regain it this past week.
So, what is it that the once invincible Star Plus is now facing a topsy-turvy ride on the charts and how is it that Colors can maintain its regained touch.. Here, I analyze and mark some important points.
A sudden intruder in the game 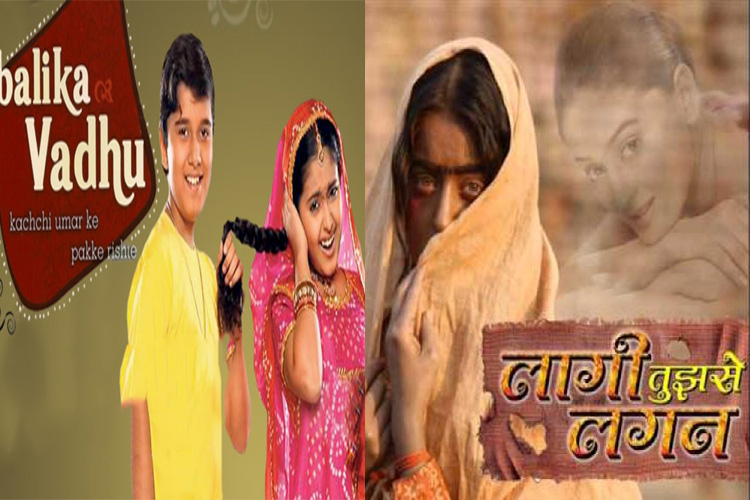 Colors was launched only over 9 years ago and it had a roaring entry to say the least. With shows like Balika Vadhu followed by Laagi Tujse Lagan and Na Aana Is Desh Laado, the channel literally adopted the idea of Nayi Soch' which is Star Plus' campaign currently. The invasion was a worrisome factor for Star Plus and Zee TV as they had a new entrant poaching all the viewers.
There were ups and downs 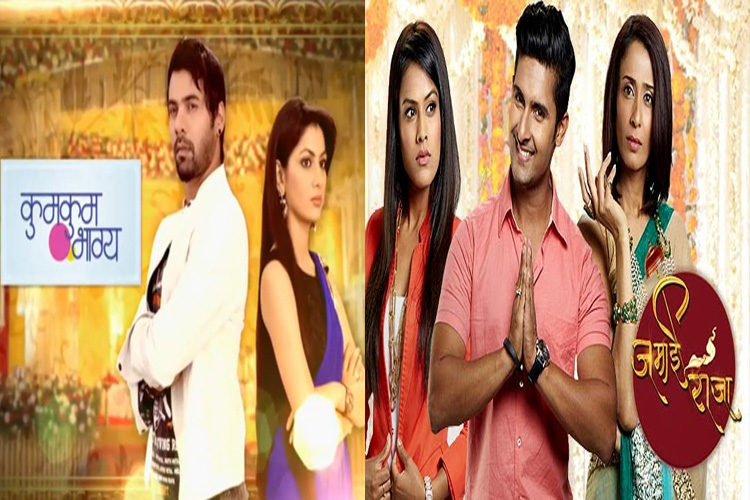 Just like any channel, Colors also had its share of downs, as the intrigue factor for the channel's list went on to decline soon and Star Plus capitalized on the same with its own set of shows. The battle became an intense one and one could see that it is the viewers that are now spoilt for choices. Amidst all this, Zee TV had its own share of surprise moments when it had shows like Kumkum Bhagya and Jamai Raja grabbing viewership and becoming an unwanted third competitor thus making it even more difficult.
Star Plus was always the big gun 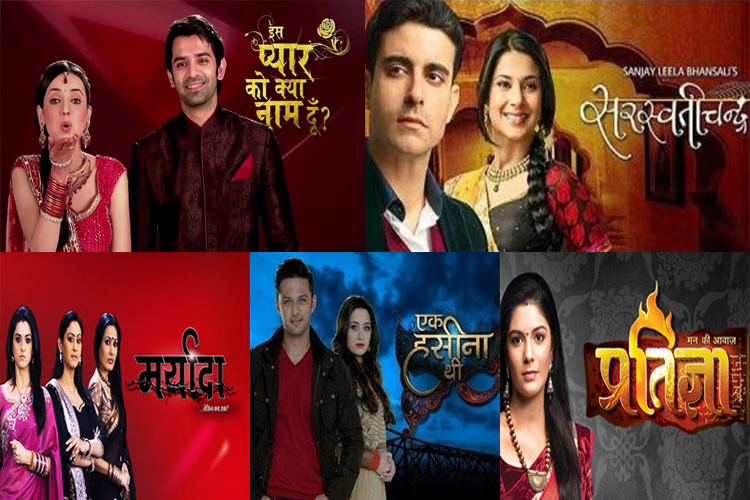 It was about time that Star Plus decided to re-brand themselves with a new campaign and a new set of shows that would act as a reminder to the viewers that, "Hey, we are here since these guys weren't even born." And it certainly did that! With shows like Iss Pyaar Ko Kya Naam Doon?, Maryada: Lekin Kab Tak?, Saraswatichandra, Ek Hasina Thi and Mann Kee Awaz Praitgya among many more, it re-announced its leadership ability and the battle went on.
Colors had the biggest downfall 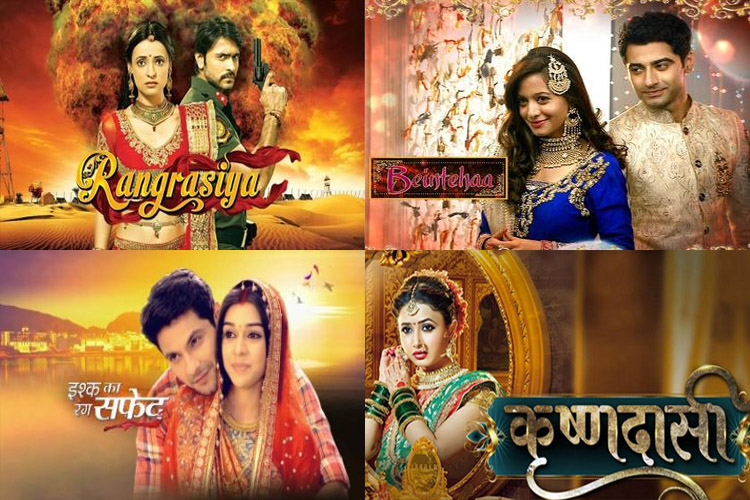 Apart from a desired set of shows doing decently for Colors, the channel overall saw a huge dip in the gross viewership, where it was even beaten by Zee TV to witness the third spot at few instances. Shows like Rangrasiya, Bani - Ishq Da Kalma, Bandhan Saat Janmo Ka, Beintehaa, Ishq Ka Rang Safed and Krishnadasi certainly had a lot of potential but did not manage to be the convincing winners like the previous shows on the channel. Soon, Star Plus went on to become the invincible leader.
That flicker of hope was not enough 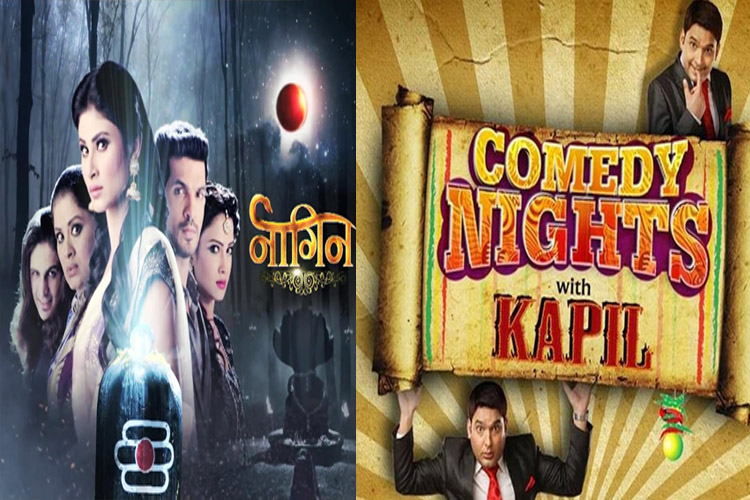 It was quite uncanny that having rating toppers like Naagin and Comedy Nights With Kapil did not guarantee the top spot for Colors only to see Star Plus winning constantly. And this is when they realized, 'quantity matters as much as quality.'
The number of shows is as important as the quality they showcase
Star Plus may not have had the rating toppers ever week, but there were two things that kept them the channel leader. One was how the number of shows in Top 20 was dominated by the channel as they almost had 6 or 7 out of 20 shows in that list every week. And the second reason being the array of shows that it has managed to present which includes revamping the Star Plus Dopahar slot. Apart from having constant members in primetime and early primetime, the channel did what no other channel did and that was taking over the afternoon slot where it had no competitors at all.

The numbers weren't amazing but enough for the channel to rule 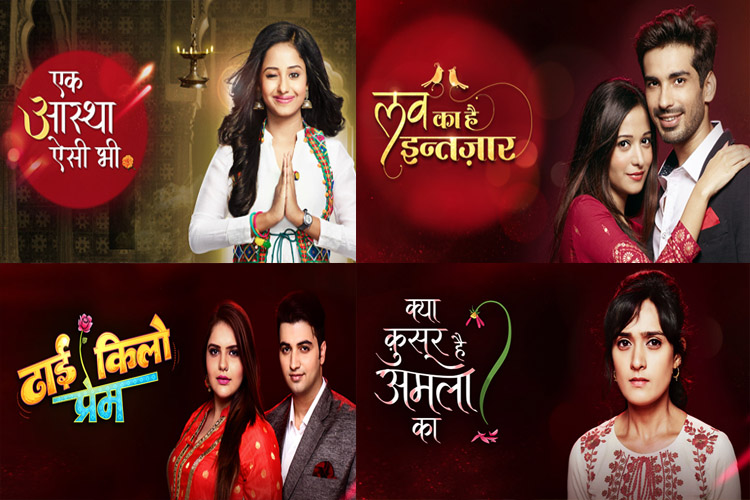 Of course, the Dopahar shows which include Dhhai Kilo Prem, Love Ka Hai Intezaar, Ek Aastha Aisi Bhee and Kya Qusoor Hai Amala Ka? do not grab staggering numbers, but it does the job for Star Plus and that is summing up the GRPs.
But, it's time for the channel to bounce back 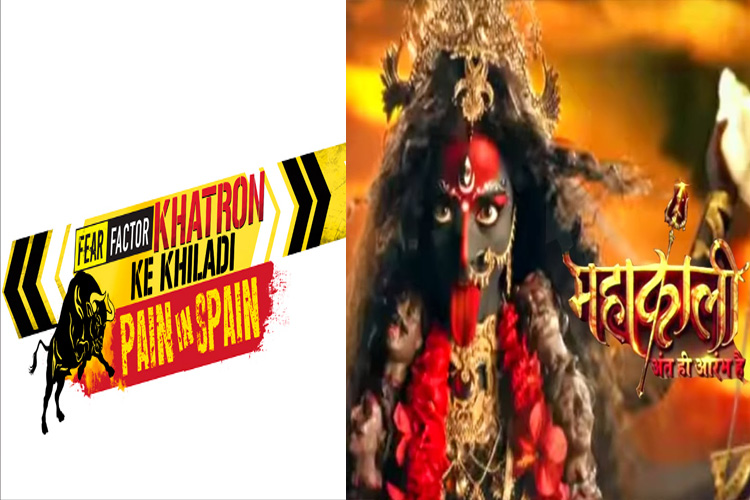 Having said all of the above, the fact that Star Plus has been toppled by Colors twice in the past three weeks should act as a wake-up call for the channel as the latter has managed to take-over the charts with something Star Plus is lacking at and i.e. reality shows and weekend shows. With Khatron Ke Khiladi - Pain In Spain and Mahakaali: Anth Hi Aarambh Hai fetching staggering numbers, Star Plus is clearly in need for some quality reality shows and weekend shows that pose a competition.

The 'Nayi Soch' has been an 'On-and-Off' campaign 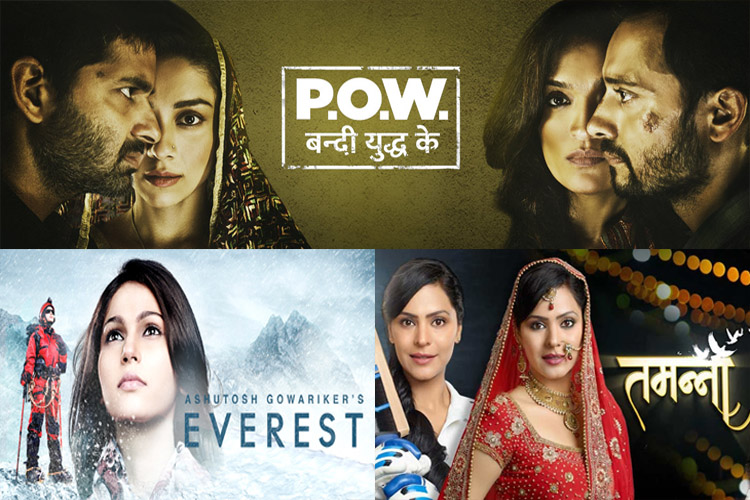 When Star Plus launched the Nayi Soch campaign, it seemed pretty serious about it as shows like Everest, P.O.W - Bandi Yuddh Ke and Tamanna were applauded for being content driven and the channel for being the reason to showcase them. However, this is completely lost in recent times, as it doesn't have that ideology being practiced to full potential now. Even though some shows did begin with the promise of being game-changers, the pressure of ratings have led them to become quintessential OTT soaps.
The process has begun
With only Dance Plus 3 holding the mantle, the channel has a couple of reality shows that will be in contention to pose a much-needed threat to Colors with shows like Lip Sing Battle and The Great Indian Laughter Challenge in the works. How will this work out to be for the channel? Only time will tell.
A special mention.. 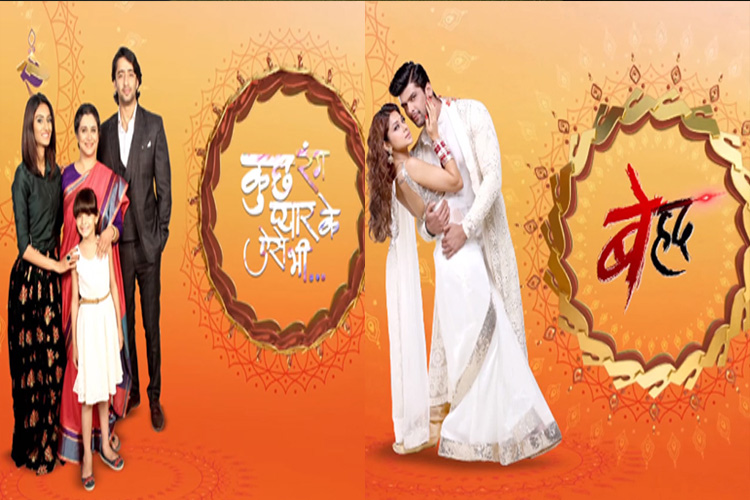 In what has been all about Star Plus and Colors, a special mention is to be given to a channel like Sony TV. A channel which witnessed plummeting GRPs due to some bizzare mistakes has managed to gain attention back in the past two years. With the presentation of shows like Kuch Rang Pyar Ke Aise Bhi and Beyhadh in the past one year, the channel maintained their freshness and announced their arrival. However, is it making a mistake of having a bombardment of historical and mythological shows ahead? We can only wait to see that.
The game of ratings may be unforgiving, but it is the primary driving point for all the channels at the end of the day. So, it is on us as viewers to support good content and give them the numbers they deserve and not fall prey to the flock and be the reason of never-ending show tenures.
What do you have to say about the whole saga? Leave in your comments below.
12 Likes

Alpha_Ka_Gamma 2 years ago Amazing article about the war between two ultimate biggies. To be honest Star Plus was at its saruration level when Colors came in 2008 and they took this newbie very lightly and within short span Colors became India's No.1 GEC. The differentiated content which Colors brought was unmatched. I remember how shows like Mukti Bandhan , Mohe Range De , Phulwa , NBTNMKK , Parichay , Laagi Tujhse Lagan , Laado , Uttaran , BV , Beintehaa etc had huge impact on viewers and not to forget amazing weekend shows. On other hand Star Plus kept on stretching shows and imitating Colors Rural Touch eventually failing miserably. Star Plus had quantity buy missed quality and today you see that a 8 pm slot show gets dismal ratings of 1.0 .

fa-ameer 2 years ago starplus has destroyed it's lucky charm Iss pyaar ko kyaa naam doon season 1.after all their foolish disition to bring ipk3 without sarun this was expected. Many viewer not watching & unsubscribe starplus.

ErisedWitch45 2 years ago Years back, the monotony of SP's saas-bahu sagas were broken by Colors - who started "socially aware" shows which SP tried to imitate with some good results. But now, Colors shows (fiction, non-mytho) feel same and old. SP now does have somewhat of diff shows but if you look closely barring a couple of shows, all the shows have a angry ML- submissive FL/ forced marriage track.
In this regard Sony did come up with amazingly real and good show like KRPKAB, Bade Bhaiya ki Dulhaniya and so on. I would have almost said Sony is the most progressive channels among all but recently they also started with 1 regressive crap show to grab TRPs. So disappointing.

lin2002 2 years ago i think starplus was like a family channel..many fabulous serials were produced.we can even say they had a golden era...but later on they just take audience lightly..just making somany rubbish ones without any content..they lost their fans..i am sure this gonna continue... even i canceld my subscription for starplus after ipk3 started..becz they just destroy some beautiful memories...and just like me..many are there..

suhaaniladki 2 years ago Colors once had amazing shows . Parichay starring Sameer soni and keerti nagpure . But unfortunately they ended it abruptly without it's story being completed

shelly_22 2 years ago Colors has been horrible in showcasing it's content. No consideration to the upbringing and improvement in mentality of today's society.
Today they might be good with TRP's but after some time that position is bond to be lost as this is presentation of old wine in a new bottle.
Request the broadcasting heads to please pich and scan the content of each show much before it's launch. At least that would be one step towards progressiveness!

Ayushmann Khurrana Reacts to Supreme Court's Verdict about ...
47 minutes ago