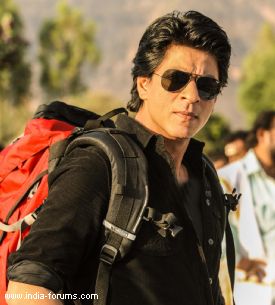 "Shah Rukh Khan has agreed to attend the audio launch on Sunday. When Soundarya Ashwin Rajinikanth called and requested him to be present at the event, he instantly agreed. He said that it's like his own film and he'll be there," Rajinikanth's manager told IANS.

SRK's spokesperson confirmed his presence too.

Touted to be made along the lines of Hollywood films "Avatar" and "Tin Tin", the film is jointly produced by Eros International and Media One Global Entertainment.