View Profile
The first look of Karan Johar's next big flick, Student of the Year, saw no sign of Shah Rukh Khan having bagged a spot on screen in this upcoming venture, apart from the fact that he is co-producing the same 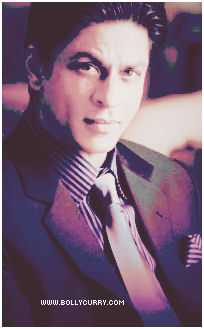 with Johar. But the grape vine can take a rest at speculating reasons for his absence, as news has reached us that King Khan is in fact essaying a very important role in KJo's upcoming movie. The movie is on its road to launch newcomers Aliya Bhatt (daughter of filmmaker Mahesh Bhatt), Varun Dhawan and Siddharth Malhotra.

Supposedly, Karan is still working on SRK's characterization in the film, and has stressed that his presence in the movie will be pivotal to the story. It is also reported that SRK is to don the role of a professor in this college-based movie. Shah Rukh and KJo have created magic in the past with the romantic blockbuster Kuch Kuch Hota Hai, which incidentally also adapted a young, college atmosphere. Kuch Kuch Hota Hai had Shah Rukh winning accolades for his evergreen charm while donning the character of the ever spirited 'Rahul'. Mohabbatein, which was also set against a college backdrop, required SRK to essay the role of a strong willed but soft-hearted mentor. It is yet to be known whether Shah Rukh's new character will be in any way similar to either of these.

As we've seen, college flicks and Shah Rukh have always had a special bond.

Will Student of the Year bring back some old SRK memories? Guess we will have to wait and watch!