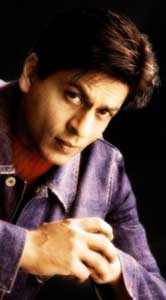 SRK is now being bestowed with a professorship from the Coventry University in UK. This comes on the heels of his Honorary Doctor's Degree in Arts & Culture from Britian's University of Bedfordshire, which was given from the same NGO; Routes to Roots.


Routes to Roots secretary Rakesh Gupta, confirming that the honor would be conferred soon upon SRK. According to him Shah Rukh has done a lot for charity and helping people out. There are some villages in Rajasthan, Orissa where SRK brought electricity.


Village people don't know SRK as they don't watch moives much. Moreover the electrification of the village is by alternative sources of energy. So, while it's good for the human beings, it's also good for nature.


While Routes to Roots strives towards honoring the actor for his benevolent efforts, we hope that many more follow the King Khan's examples.
Featured Video