Bollywood addiction is one which you can give up anytime, as long as it is next Friday. A Bollywood addict's definition of Friday consists of an aroma that is a mix of warm and greasy buttery-yellow popcorn, crunchy-salty nachos, fizzy cold-drinks and long and tiring queues at the ticket-counter. While this craze is prevalent world-wide, it is most obviously inherent in those who breathe in the air of the deeper corners of the B-town. The people in question are the pro-genies of the various Bollywood maestros who have grown up with Bollywood running in their blood along with those Bollywood genes. If you haven't already guessed, this week, the family under BollyCurry's scanner is the various generations of the infamous Kapoor clan, Surinder Kapoor and family. 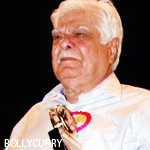 Surinder Kapoor started his career in Bollywood as a secretary to the veteran yesteryear actress Geeta Bali and moved up the ladder to become a producer himself. Apart from producing several movies, he was also the President of the Film and Television Producers Guild of India for the years from 1995 to 2001. A list of movies produced by him include Shehzada (1972), Phool Khile Hain Gulshan Gulshan (1978), Woh Saat Din (1983), Judaai (1997), Pukar (2000), Hamara Dil Aapke Paas Hai (2000) and No Entry (2005). He was also the recipient of the prestigious L.V. Prasad Phalke Award in the year 2009. His sons Boney Kapoor, Anil Kapoor and Sanjay Kapoor are also recognised for their significant contribution to Bollywood. 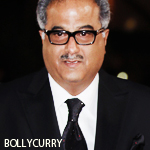 One of the most celebrated producers of Bollywood, Boney Kapoor has brought to Indian cinema movies that have gone down in history. Being a lavish producer, Kapoor's Roop Ki Rani Choron Ka Raja (1993) was the most expensive movie of until then. He is to be credited to have launched the industry's biggest talent, including Anil Kapoor through Woh Saat Din (1983) and Tabu Hashmi through Prem (1995). A few notable movies produced under his banner are Hum Paanch (1980), Loafer (1996), Pukar (2000), Kyun...! Ho Gaya Na (2004), No Entry (2005) and Tevar (2015). Hitherto, the Indian fantasy superhero film Mr. India (1987) which was a classic-cult movie, the drama Pukar (2000) and the action crime thriller Wanted (2009) remain a few of his best works. His upcoming projects include No Entry Mein Entry and Mr. India 2, slated for the release of 2015 and 2016 respectively. He has also been awarded with the Nargis Dutt Award for Best Feature Film on National Integration for the film Pukar. 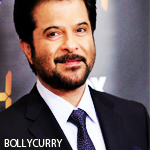 Actor and producer Anil Kapoor's name is written in golden letters in the history of Indian cinema. With almost 35 years in Bollywood, Kapoor made his debut with Umesh Mehra's Hamare Tumhare in the year 1979. He first gained recognition with Yash Raj Chopra's Mashaal (1984) which won him the Filmfare Award for Best Supporting Actor. His first Filmfare Award for the Best Actor came with Meri Jung (1985) where he played the angry young lawyer out to seek justice. He has been the trendsetter of a rough demeanour supported by stubble.  A  versatile actor, he has a large number of movies to his credit like Chameli Ki Shadi (1986), Mr. India (1987), Tezaab (1988), Ram Lakhan (1989), Lamhe (1991), Roop Ki Rani Choron Ka Raja (1993), Biwi No. 1 (1999), Pukar (2000), Nayak (2001), Welcome (2007), Race (2008), No Problem (2010) and Race 2 (2013). He was also a part of the globally acclaimed film Slumdog Millionaire (2008), which brought home the Screen Actors Guild Award for Outstanding Performance by a Cast in a Motion Picture, and the Hollywood movie Mission Impossible - Ghost Protocol (2011). He will soon be seen in movies Welcome Back and Dil Dhadakne Do later this year. 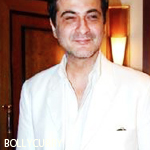 Sanjay Kapoor, who is also an actor and producer by profession, debuted with Prem in 1995. The movie tanked at the box-office due to the unnecessary delay in its production. His second movie Raja (1995) went on to do well commercially whose success is attributed to the female protagonist played by Madhuri Dixit Nene. Subsequently, he went on to do movies like Auzaar (1997), Sirf Tum (1997), Qayamat: City Under Threat (2003), Julie (2004), Luck By Chance (2009), Prince (2010) and a few more but none of them helped establish him as a successful actor which led him to the producer's path. He has produced Kya Time Tha Yaar (2009), It's My Life (2012) and the recent one being Arjun Kapoor-Sonakshi Sinha's starrer Tevar (2014). 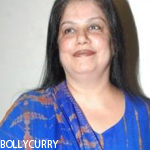 Mona Shourie Kapoor, the first wife of Boney Kapoor, was the CEO of the Future Studios which is the largest ready-to-shoot indoor shooting studio in Mumbai. She was the production coordinator for Basu Chatterjee's feature film Sheesha (1986) and Farishtay (1991). She has also produced a few successful television shows like Hera Pheri, Yug, Wilayatee Babu and Kaise Kahoon. Apart from this, she was also a Jury Member of the India Telly Awards in 2005. 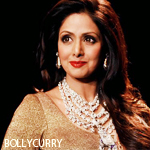 Next on the list is the veteran actress who is cited to be the first female superstar of the Bollywood and the second wife of producer Boney Kapoor. She started her career as a child artist and working rigorously in the movies down South, Sridevi made her debut in the Hindi film industry with Solva Sawan in 1979. She became an overnight star with the success of Himmatwala in 1983, earning her the sobriquet 'Thunder Thighs'. A few of her movies that prove her mettle are Inquilaab (1984), Nagina (1986), Karma (1986), Mr. India (1987), Chandni (1989), Lamhe (1991), Roop Ki Rani Choron Ka Raja (1993), Judaai (1997) and English Vinglish (2012). She has a huge list of accolades to her credit that go on to showcase the extent of her talent. 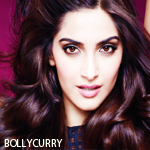 The third generation of the Kapoors begins, starting with Anil Kapoor's elder daughter, fashionista actress Sonam Kapoor. She stepped into Bollywood as an assistant director to Sanjay Leela Bhansali for the movie Black (2005). Bhansali then decided to cast her for his romantic film Saawariya (2007) in which her performance was evaluated as critical. Delhi-6 (2009) opposite Abhishek Bachchan brought light to Kapoor's potential as an actor, and she moved on to do movies like Aisha (2010), Mausam (2011), Raanjhanaa (2013) and Khoobsurat (2014) in which her talent was fairly appreciated.  The Kapoor damsel is up next to be paired opposite Salman Khan in Prem Ratan Dhan Payo (2015). 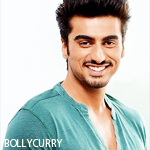 Son of the producer Boney Kapoor and Mona Shourie Kapoor, Arjun Kapoor kick-started his Bollywood career as an assistant director and an associate producer for various movies, including Nikhil Advani's Kal Ho Naa Ho (2003) and Wanted (2009), respectively. He debuted his acting career with Habib Faisal's romantic drama Ishaqzaade (2012) which catapulted him to the top of the league as an actor. Kapoor is only six films old in the industry, namely Ishaqzaade (2012), Aurangzeb (2013), Gunday (2014), 2 States (2014), Finding Fanny (2014), and Tevar (2015), but he has managed to prove his potential as a powerhouse of talent with the faultless delivery of his characters. 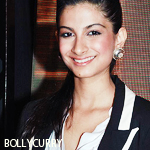 The younger daughter of Anil Kapoor, Rhea Kapoor followed her grandfather's footsteps that led her to become a producer. She has produced the rom-com movie Aisha (2010) starring Sonam Kapoor in the titular role opposite Abhay Deol. The movie was an adaptation of Jane Austen's novel Emma. Recently, she produced another romantic comedy Khoobsurat (2014), starring Fawad Khan and once again, Sonam Kapoor in the lead roles. The movie was a remake of the 1980's Rekha-starrer film, Khoobsurat. Her next project Saat Hindustani is in the pre-production phase and will hit the theatres will soon. To add another feather to Kapoor sister's cap, they are soon launching their street fashion label by the name of Rheson. The sister's duo is busy promoting their clothing line these days. 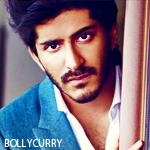 The youngest son of actor Anil Kapoor, Harshvardhan Kapoor is all set to step into the Bollywood industry with seasoned director Rakeysh Omprakash Mehra's next venture Mirza Sahiban. The film shall be based on the popular folklore of Mirza Sahiban. Given his family history, it wouldn't be unfair to expect great things from the young lad. Apart from this, young Kapoor is also working as an assistant director for Anurag Kashyap's Bombay Velvet (2015).
Their movies will be their legacy, they will speak for them long after they're gone. The passion for films shall pass on from one generation to another, resulting in an intense scenario in the movies that the posterity does. We look forward for more endeavours from the upcoming generations, who are a means for their elders to live on. BollyCurry will take your leave. waiting for their readers to mention in the space below who their favourite Kapoor is, and why?
Writer: Pooja B.
Editors: Shikha A. and Sonia R.
Graphics: Shikha A.