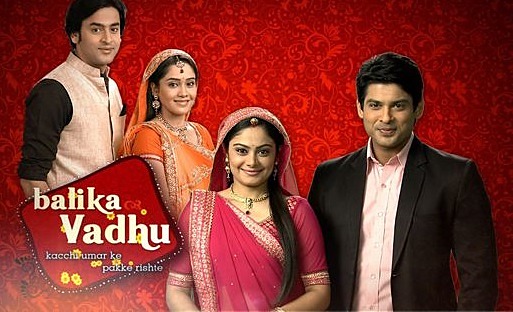 As the show Balika Vadhu on Colors has become the longest running show but still the makers are on their toes to bring in the interesting contents to keep their viewers glued to the television screens.

There are a lot of high points shown on Balika Vadhu recently and out of those the biggest one is where Kamli has escaped with Gopal (Rishi Dev) on the day of her marriage function. On the other hand, Mannu's father Ratan Sigh is back and the pasts are being revealed. Soon there will be another dramatic sequence that will bring a big twist in the tale.

Sarita will tell Pooja about Anandi's (Toral Rasputra) past and also about how she lost her daughter while rescuing her from the child marriage. Thus Pooja will tell this truth to Mannu that Anandi and Jagya (Shashank Vyas) were married in the past. This will leave Mannu shattered. Mannu will hence go to confront Ganga and will question her about the same. Ganga (Aasiya Kazi) will burst out on Pooja and Sarita for letting Mannu know the truth about Jagya and Aanandi. She will also warn Pooja to not to meet Mannu ever.

Gopal and Kamli to get caught

Kamli and Gopal has successfully escaped but there are many hurdles awaiting for them. There will be lots of hits and misses between Gopal Kamli and Akheraj's goons. Later Akheraj will catch hold of Gopal's friend Kailash and will beat him till he reveals their hiding place.

Gopal and Kamli will reach at the mela where Nimboli (Gracy Goswami) and Magla (Rajeshwari Sachdev) will meet them but unfortunately Akheraj's goons will also reach there and will catch the couple. Akheraj out of anger will kill Gopal and when he will try to kill Kamli, Mangla will take devi avatar and will save Kamli. Police will come to investigate and everyone will expect that Kailash will speak against Akheraj but Kailash will not open his mouth and Akheraj will be saved.

So how excited are you to watch these high voltage dramas in your favorite show?
Neha Jain

5 years ago Its such a pleasure 2 watch Happy Anandi onscreen Toral Rasputra nr presence is so soothing..! luv u n keep rocking!

5 years ago
Toral Rasputra you are doing a fantastic job as Anandi...

wafy_saeed 5 years ago Toral Rasputra... , you are a strong lady! Love it!

AradhHya 5 years ago All the very best
Toral Rasputra..

5 years ago You are a great actress, dancer and performer. You are excellent as Anandi.
I wish you all the best Toral Rasputra...

rymani 5 years ago Toral Rasputra
awesome as anandi ..love u..