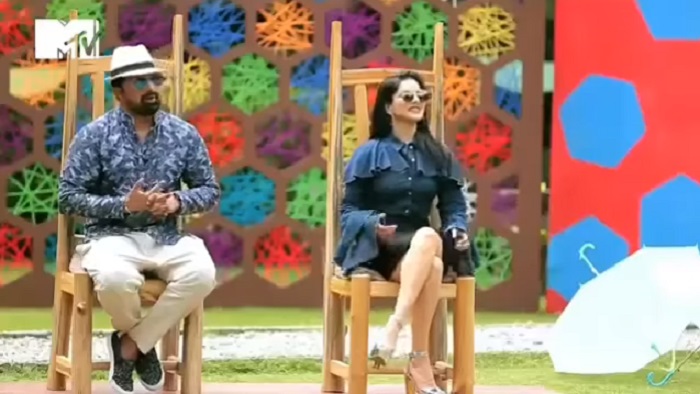 MTV Splitsvilla 10 is subtitled 'Catch Your Match' this time around and we're expecting this new season to be very different from the previous ones. And we mean VERY! The show promises to explore the science behind attraction.
It will have contestants that have either perfect matches or stark contrasts. We got into a little chat with Rannvijay Singha who is hosting the season with Sunny Leone to get an insight into the show -
How does the show plan on approaching the Scientific angle?
The dating scene has changed a lot and we plan on putting boys and girls through challenges to see if they connect. It's the era of dating apps and matches are made online according to preferences and we want to test if a machine generated match could prove to be successful. We wondered that if there's a science to love, will they get along and be compatible? The season is going to be an experiment in match-making.
This concept will be seen for the first time, what do you think will be the audiences' response?
Probably the audience will say, "Finally, the show has come on to the same page with the youth." They're probably dating and have met with matches virtually, while I haven't experienced it as I met my wife before dating went online. We hope to see how love and attraction works between two people who are supposed to be perfect for each other on paper. Maybe a pair that isn't compatible turns out to be a good match?
This season will be set in Jim Corbett National Park, will it be wilder?
Splitsvilla, even in a docile environment is pretty wild. So you can estimate what it will be like (literally) in the wild!
Are you looking forward to the new season of Splitsvilla? Let us know in the comments below!

Techearth 2 years ago I am a big fan of splitsvilla and regularly follow this show from long time. In this season, Priyank is my favorite contestent.

'Tujhse Hai Raabta' to take a Leap; Checkout their Post Leap ...
33 minutes ago

Karan Johar’s Takht put on Hold; Plans for another film ...
46 minutes ago

Kartik and Naira to Separate AGAIN in Yeh Rishta Kya Khelata ...
54 minutes ago