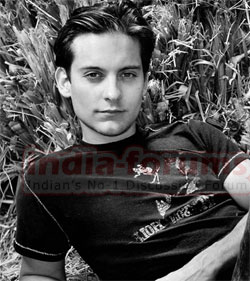 It was quite an unceremonious and cool romantic evening at Hawaii when ‘Spidey’ got into nuptial bond with Jennifer, the daughter of Universal Studios executive Ron Meyer.

The couple has been dating since 2003. Last summer, when Jennifer was four months pregnant, they announced their engagement. And then they became parents to baby Ruby last November.

According to the ‘In Touch Weekly’, the low-key marriage ceremony was attended by a small group of close friends of the couple. Maguire's friend Leonardo DiCaprio was also invited to the ceremony but due to his shooting commitments he could not make it.