View Profile
Variety is the spice of life and the description is apt for one of the most talented singers of the new millennium, Sowmya Raoh. The year 2007 has been a watershed year of sorts in Sowmya's career. 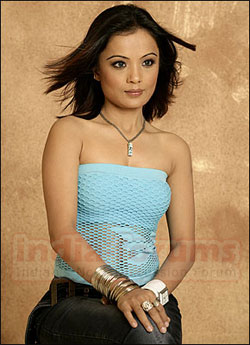 Sowmya commenced the year 2007 on a melodious note with 'Shauk Hai', an ode to the beauty of the night, which she sang with aplomb, under the baton of none other than A R Rahman. The song added to the authenticity of the all important sequence featuring Madhavan and Vidya Balan, in Mani Rathnam's masterpiece ‘Guru’ and had the audience yearning for more. Although the track was not featured in the first audio album of the film, the good news for the fans of Sowmya is that the bewitching composition is now a part of the latest ‘Guru’ albums that have hit the stores. Incidentally, Sowmya performed to the same during Rahman's first concert in in New Delhi recently and received an overwhelming live response.

Not satisfied with such accolades, Sowmya fired her next salvo in the form of 'Nachle Ve', in Yash Raj's first success of the year, ‘Ta Ra Rum Pum’ composed by Vishal-Shekhar. But that was not the end of it! Sowmya's parting shot was in the form of the title track of the year's last super hit, ‘Welcome’ and this time it was for the ‘Partner’ composer duo of Sajid-Wajid.

Well, genuine talents get their due sooner or later, and with many interesting projects in the pipeline this year, Sowmya Raoh is definitely here to stay and dominate the audio scene for a while. -(SAMPURN)