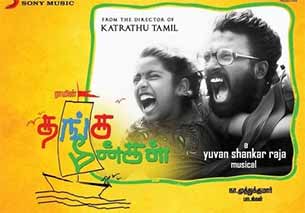 In Tamil, Ram-directed "Thanga Meengal" was adjudged the best Tamil film, besides bagging best lyrics by Na. Muthu Kumar for the song "Ananda Yaazhai" and best child artist for Sadhana as well.

Telugu drama "Na Bangaru Thalli", a story about sex trade, bagged three awards - it was adjudged the best film in the language, while actress Anjali Patil received a special mention certificate for her performance in the film and composer Shantanu Moitra won award for background score.