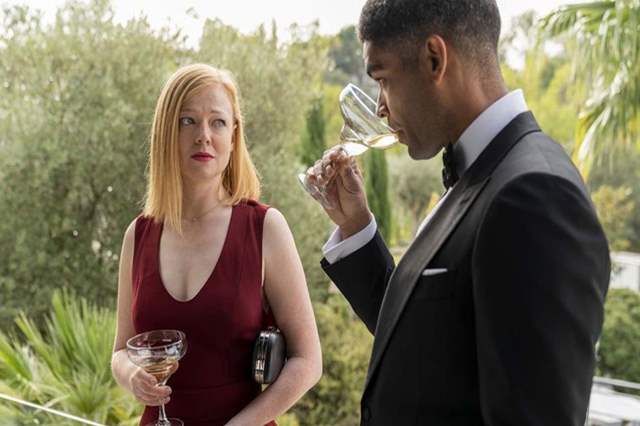 In times where several shows immensely await an official call for renewal even after having a successful debut season, getting a renewal ahead of the series premiere is a dream, isn't it?

That is what has happened with AMC's anthology series, Soulmates.

The cable network has ordered a second season of Soulmates two months ahead of the show's scheduled to debut on Oct. 5. The six-episode first season is a wry examination of the nature of romantic love through a sci-fi lens, with a different story in each episode.

Soulmates is set 15 years in the future when science has made a discovery that changes the lives of everyone on the planet — a test that unequivocally tells people who their soulmate is. The cast for season one includes Sarah Snook (Succession), Malin Akerman, Kingsley Ben-Adir, Steven Mackintosh, Charlie Heaton, Betsy Brandt, David Costabile, and Sonya Cassidy.

Will Bridges (Black Mirror, Stranger Things) and Brett Goldstein created the series, based on their short film For Life. They executive produce with Jolyon Symonds through Fearless Minds, a Banijay Group company. AMC Studios produces.

"We were immediately drawn to the unique premise of Soulmates as it explores love and relationships from several touchpoints in a way that naturally feeds the zeitgeist, prompting conversations around human connection, relationships and happiness,” said Dan McDermott, president original programming for AMC Networks’ Entertainment Group and co-president of AMC Studios. "These are stories and themes that resonate and feel almost timely given today’s climate in which so many of us feel disconnected or are coping with shifting relationship dynamics. We’re thrilled to continue our relationship with Will and Brett who never fail to deliver the very best in high-caliber, imaginative storytelling."

Said Brdiges and Goldstein, "We are so delighted to have the opportunity to continue working with the incredible team at AMC to tell more of our romantically unromantic love stories and can’t wait to get back into the world they helped us create."

'The Chi' Renewed For Season 4