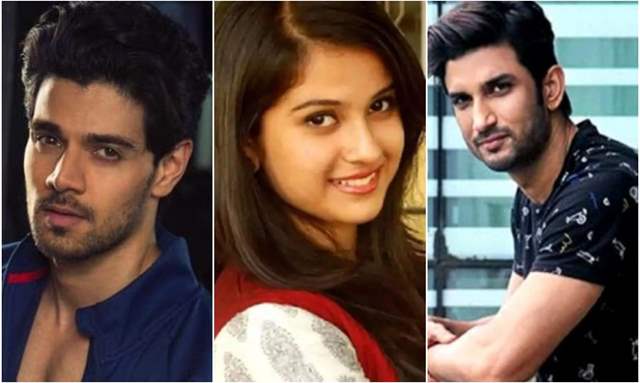 In an extremely shocking turn of events, Sushant Singh Rajput passed away on June 14 2020. While it was earlier reported that the actor died by suicide and was found hanging at his Bandra home in Mumbai, several theories have come to the surface hinting that there is more than what meets the eye in this case. Sushant’s death case is now handed over to the Central Bureau of Investigation (CBI) for investigation.

Just a week prior to Sushant’s demise, celebrity manager Disha Salian died on June 8 2020. Earlier there were reports that stated Disha committed suicide by jumping off the 14th floor of her apartment in Mumbai’s Malad. However, after Sushant’s demise, several reports suggested a link between both the deaths.

BJP MP and former Chief Minister Narayan Rane made shocking claims that there was a party at Sooraj Pancholi's place on June 13, 2020, the night before Sushant Singh Rajput was found dead in his apartment. The politician claimed that the Bollywood bigwigs who attended Pancholi's party need to be questioned.

Reacting to the allegations, Sooraj confirmed to India Today that there was no party at his house and he has no connection to either Sushant or Disha’s death case. He said:

“I didn't have any party at home. Neither do I have any connection with Sushant Singh Rajput or his manager (Disha Salian). There's a message, which is being circulated on Whatsapp. That I invited Sushant, Disha and Aaditya Thackeray. First of all, I don't have a penthouse. I live on first floor in Versova. The police are aware of me not being included or me not being attached to this case. I don’t know why they are not saying anything. I don’t know why Mumbai Police is shut about this. They should be saying something about this. I don’t care what Narayan Rane is saying. Did Sushant's family say anything about this? Did Sushant’s father say this? Did Sushant’s sister say this? Did Sushant’s relatives say this about me?”

Further, Sooraj said that his name is being dragged because of his personal case revolving around Jiah Khan’s death. “These big news channels and these big politicians are naming me for what, because I'm an easy scapegoat. That's it. It is very unfair. I have had sleepless nights because of this” he said.

Reacting to the reports of his rumoured relationship with Disha Salian, Sooraj stated that it all began with an actor called Puneet Vashisth writing a nine-point synopsis on Facebook linking Disha’s death to Sooraj.

“I will tell you where it started from. A person, who is called Puneet Vashisth, posted this on Facebook. Puneet Vashisth is an actor. So, he has written a nine point synopsis where he has claimed all this in his head how he thought all this happened. Jaha usne socha Sooraj ka relation tha Disha se, Sooraj ne disha ko pregnant kiya. Uske baad Sushant ko pata chala fir ye woh, whatever” he shared.

Sooraj also challenged the media and Narayan Rane to prove his connection to Disha’s death. He said, “I have nothing to do, mera kuch lena dena nahi hai Disha ke sath and if Mr Narayan Rane and big news channels are saying this, let them prove it. If they prove it, I am ready to face the consequences but if I have nothing to do with this, is this fair? Ki ye aap news par chala rahe ho, WhatsApp par chala rahe ho, giving me sleepless nights and anxiety for no reason.”

Speaking of his equation with Sushant Singh Rajput, Sooraj shared that he met the Dhoni actor first time in Aaramnagar for an acting class. He also shared that Sushant and Kriti both invited him to their movie Rabtaa’s screening and were cordial to him.

Reacting to his name being linked to Sushant’s death case, Sooraj said “I have nothing to do with it. Na kabhi koi party thi. Na main kabhi wahan par main gaya. Na main Disha ko jaanta tha. Na mera isse koi lena dena hai. They are only pulling me into this because of my past.”