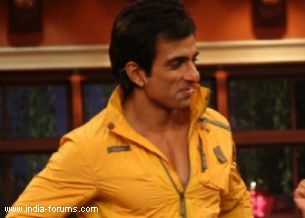 Actor Sonu Sood, who is a part of latest Bollywood release "R...Rajkumar", says he suffered a fractured leg before the shooting of the film began and that became a hurdle for him in performing the action scenes.

"The action in the film is amazing. My leg had broken before the shooting had to start, there were six to seven fractures and there were worries about how will I do action scenes. We pushed forward those sequences for a few months before I got them right," the 40-year-old said here Thursday in an interview.

Sonu says the action sequences in the final product are exemplary.

"When you will see the action, you will forget other good action films. They have been picturised so brilliantly," Sonu said.