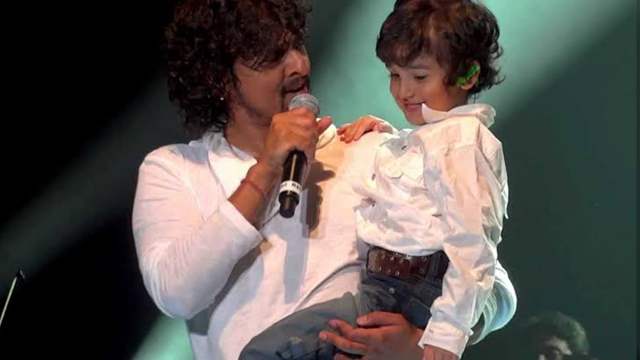 Popular singer Sonu Nigam had sparked a debate in the music industry after he raised his voice over a ‘music mafia’ in the Hindi music industry.

Now in a recent interview, Sonu has opened up about his son Nevaan Nigam’s career plans and shared that he does not want him to be a singer.

Speaking to Times Now, Sonu Nigam said, "Frankly, I don't want him to be a singer, at least not in this country. Anyway, he does not live in India anymore, he lives in Dubai. I have already got him out of India. He is a born singer but he has another interest in life.”

Nigam also shared that his son is one of the top gamers and that he would not want to decide a career path for him.

“As of now, he is one of the topmost gamers of the United Arab Emirates (UAE). He is number 2 in Fortnite. There is a game called Fortnite and he is the top gamers in the Emirates. He is a brilliant child with a lot of qualities and talent. And I don't want to tell him what to do. Let's see what he wants to do himself."

The singer also commented about the views and popularity of songs on YouTube. He shared, "This is the way the world is today - organic views do not matter but inflated views do matter. Each to its own. You cannot trick God. My song Abhi Mujh Mein Kahin was not even promoted well by Sony. I wonder why they undermined that song. The song just got hit and no other song from Agneepath is as famous as this song. People recognise me with this song.”