The trailer of "Sonchiriya" is out and many are appreciating the rebellious portrayal of leading stars Bhumi Pednekar and Sushant Singh Rajput. For the actress, it was liberating to work on the Abhishek Chaubey directorial as she feels it has a great reflection of what is happening in the country.

"The expectations are extremely high. Abhishek Chaubey is one of the finest directors we have in the country and he has brought about such a beautiful and power-packed crew together," Bhumi told IANS in an email interview when asked about the expectations from the film.

"It was very liberating for me to be a part of this film as it's a beautiful story of what the society can do to human life and how they come victorious out of it. There's a great reflection on what is happening in the country.

"It's hard-hitting but at the same time, it's very relevant and important. I think it has some really great performance and a lot of craft. I am very proud of this film and it's a privilege to be a part of it," added the actress.

Bhumi is also a part of season two of Quaker's "Kitchen Khanna and Konversations" on Hotstar.

Hosted by chef Vikas Khanna, the web series will also see the likes of Vicky Kaushal and Raiza Wilson in a cookout with the celebrity chef. The show will drive the message that oats are not boring and can be a great way to add nutrition to everyday foods. 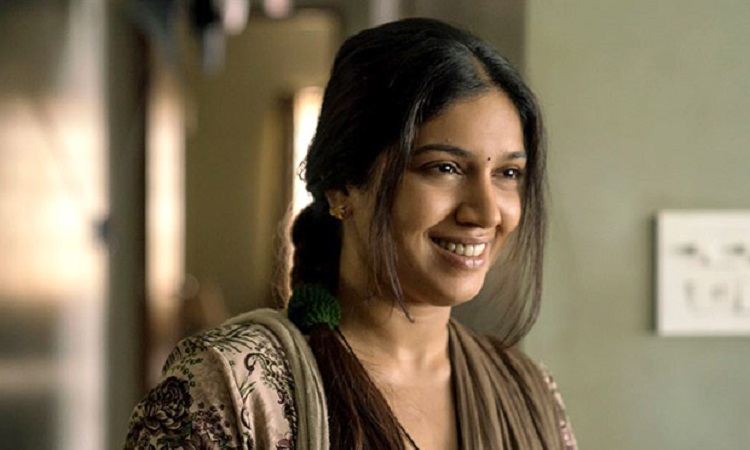 Talking about the digital world, the actress also did a Netflix show titled "Lust Stories", which had four different tales told by directors Zoya Akhtar, Karan Johar, Anurag Kashyap, and Dibaker Banerjee. In the opening scene of her story, she was seen sharing an intimate scene with the male lead.

Bhumi said she had herself watched the film besides her mother. She was pointing to how the Indian audience has matured to see such scenes with family members.

"I wouldn't say I was not embarrassed. Of course, I was! But there was no discomfort once the scene was done. Honestly, I was amazed by the fact that how not a lot of people spoke about the particular scene and people spoke about everything in the film. I was surprised by how much people have matured.

"It also speaks that if the intimate scenes are done the right way, there's no negative or vulgar connotation attached to it. I think the audiences are mature enough to understand the finer nuances of a story," she said. 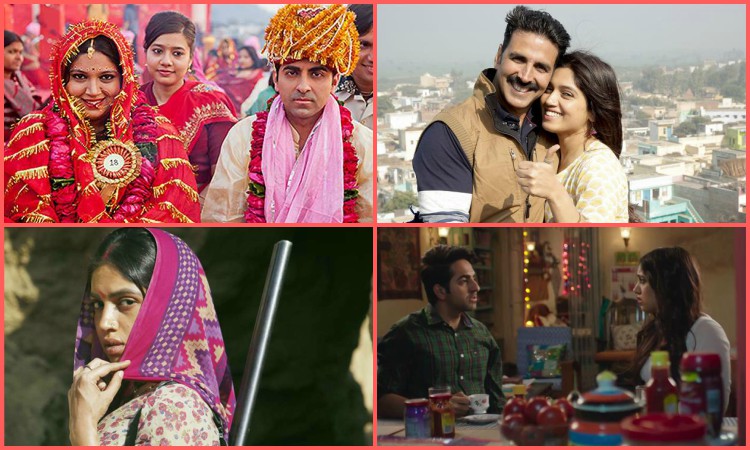 Bhumi made her Bollywood debut with Ayushmann Khurrana-starrer "Dum Laga Ke Haisha" in which she played an overweight girl struggling to find her space in an arranged marriage. She then featured in powerful roles in films like "Toilet: Ek Prem Katha" -- on the need for toilets and sanitation facilities -- and "Shubh Mangal Savdhan", which entertained with a less spoken about the subject of erectile dysfunction.

"I truly feel that the work my colleagues and I are doing is a part of the revolution in films. I feel really fortunate that these characters are coming my way. Be it my first film or any other film, they all will be remembered for a very long time. I am not saying that because I am a part of these films but because these stories are important.

"They are a part of the change. It's such a great time for female actors and content to thrive and it's going to keep getting better," she said.

The actress, who is also grabbing eyeballs for her changed body frame and fit avatar, says that in today's time she is concerned about the population breathing unclean air and food which is not best in quality.

"The nutritive value has gone really low in our crops. I truly feel that these fad diets are very temporary. Also, people have to understand that it's not about being skinny, but about being fit. It's also not about how one looks externally, it's about how strong one is internally and how one's skin is reacting.

"It's about eating clean and living a healthy lifestyle for the long run. These short-term diets do more harm than any good," she said.

‘It's been a challenging year’ writes Sanjay Dutt’s Daughter ...
38 minutes ago