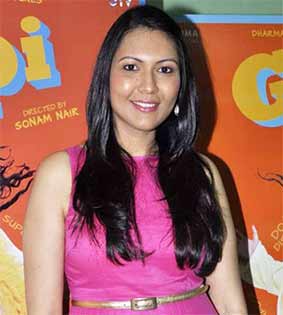 Sonam Nair, who made her directorial debut with "Gippi", will now helm a sex comedy under Dharma Productions.

After making "Gippi", a film based on an overweight teenager and her life's problems, Nair is set to direct a sex comedy.

"I am directing a sex comedy which will go on floors by end of this year. It will be produced by Dharma. The film is written and directed by me," Nair told IANS.

When asked how easy or difficult it was to convince Karan Johar of Dharma Productions, she said: "I gave him the script. He said okay, go ahead with it. I am quite excited about the film."

Talking about the cast, she said: "We will have newcomers and some known faces in the film."

Nair also added that her project is not similar to the successful adult comedy "Grand Masti" or Imran Khan-starrer "Delhi Belly".

"It's more like an American film. It's normal but real," she said.