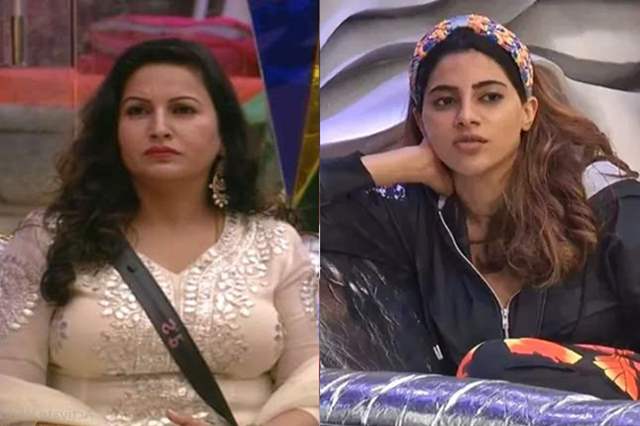 While Bigg Boss 14 in the past few days has been quite a ride indeed, it was all about Jasmin Bhasin's eviction to sultani akhada and other things. However, before yesterday's episode concluded, we saw a massive fight between Sonali Phogat and Nikki Tamboli.

While Tamboli apparently left her eaten food box next to Phogat's bed and when the latter told her to pick it up, she stalled it. Later, Phogat lost her absolute cool and threw the leftovers on Tamboli's bed. This led to a serious clash of words between the two.

While netizens have had their own opinions on the same, Phogat's friend, Sudhir Sangwan has come forward to slam Tamboli for her words and actions. In an interview with SpotboyE, Sangwan said,  "Nikki kept her used plates near Sonali's bed which is not right. We Indian's always keep their used plates near the wash basin to clean it and if it's a disposable container then throw it in the dustbin. It's a normal ethic. If you keep a used box near somebody's bed definitely it will start stinking after a time and if Sonali told her to pick up her own used box then what was the issue? Nikki purposely started creating a scene by repeatedly saying a no which ultimately pushed Sonali to do that. But after that the kind of words she used for Sonali is something any sensible person will not say. Using words like ghatiya for a lady and coming from a lady, is extremely disappointing."

He added, "If Nikki doesn't have respect for women at least she should have respected her age. Sonali is so much older to Nikki, after all. She has way more experience than Nikki, not just in this industry but also in social life. She presents Vidhan sabha and fights elections. She is 23 and doesn't know how to talk with people. Pata nahi uske ghar waalo ne koi sanskar diye hai ya nahi diye hai. She must be abusing her parents also like this at home, when she is behaving like this in front of 120 crore people. She was accusing Sonali for disrespecting food and then herself called halwa 'gobar'. It clearly shows she has no respect towards anything. Her only strategy to be in the game is start fighting with the strongest player and get highlighted, which she eventually did with Sonali in last night's episode. I wonder how her family tolerates her."

abiio 2 months ago that's nice, I found her using the towel set from trends-alley