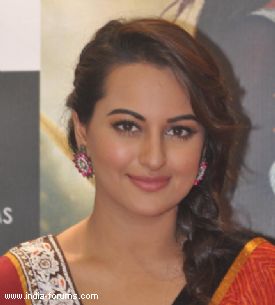 Bollywood actress Sonakshi Sinha, who was recently approached with an offer to shake a leg with Suriya Sivakumar in his upcoming yet-untitled Tamil thriller, has expressed interest in it, says director N.Lingusamy.

"We did approach Sonakshi for a special song, which is not an item number in the film. She really liked the song and was interested to do it, but she hasn't signed on the dotted line yet," Lingusamy told IANS.

The special number is expected to be shot next month in Mumbai, where most of the film's shooting has taken place so far.