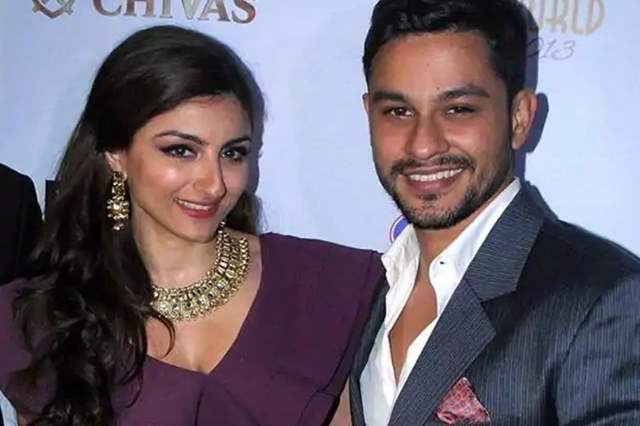 Ever since the demise of Sushant Singh Rajput happened, the hullabaloo surrounding the now-age old debate of nepotism has been the talk-of-the-town. While it was Karan Johar who was pretty much in the center of these conversations, another recent instance reignited this topic, albeit with a different set of people.

A huge announcement was done recently by Disney+ Hostar where it confirmed a huge set of movies lined-up ahead and had the likes of Alia Bhatt, Ajay Devgn, Varun Dhawan, and Akshay Kumar coming in for the conference. However, actors Kunal Kemmu and Vidyut Jamwal were left out of this even though the announcement had their films lined up too. This was followed by Jamwal and Kemmu expressing their disappointment and giving their take on not having equal opportunities among other things.

Now, in an interview with Zoom, wife of Kemmu, Soha Ali Khan expressed her views as she said, "I can say this much that when it comes to words like nepotism, equal opportunities, this is not something that has cropped up in the last month. It exists and it is not unique to the film industry or to India even. We can talk about what nepotism, favoritism means, how much right one has if they are a producer to work with the people they like or vs those who people think are deserving."

"Whether as an actor you’ve ever feel that you’ve got the love and respect you deserve or whether you would always feel that someone has taken something that was owed to you. These are very broad questions and your question will only lead to more questions. Not to answers. And it is good that these questions are being raised and that is something that should be encouraged,” she continued.

She, however, also mentioned how audiences should themselves wholeheartedly support every artist's film as she said, “People have to look within themselves. You can’t blame other people. Whenever it comes to a systemic issue, you have to see how you can make a difference. If you want someone to be celebrated, loved, buy their tickets, see their films, follow them on social media and make them that. Because we’re in a democracy and of course favoritism exists and there is no point saying that it doesn’t. But I believe in the powers of movies. And don’t forget about it next week."