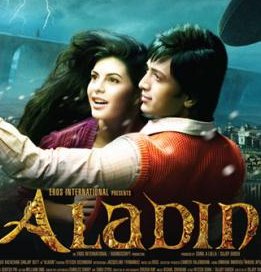 Aladdin Chatterjee (Ritiesh Deshmukh), an orphan who has been bullied by Kasim and his gang all his life, belongs to a small town named Khwaish. But things take a turn when Jasmine (Jacquiline Fernandes) gives him a magic lamp which frees the genie Genius (Amitabh Bachchan).
Dying to grant Aladdin's 3 wishes and put an end to his Magic Lamp, the amazing Genius makes Aladdin's life difficult, in the hope that Aladdin might ask for his 3 wishes sooner. But soon enough, trouble arises when the ex-Genie ringmaster (Sanjay Dutt) enters the scene.
What does destiny have in store for Aladdin? Why does Ringmaster want to put an end to Aladdin's life? What unknown secret about Aladdin's life does Genius carry?
Unravel the mystery soon with the movie by Eros Entertainment and Boundscript Motion Pictures.
Featured Video