Hats Off Productions' Baa Bahu Aur Baby have always been the pioneers in entertaining their audiences. And now in a striking episode, J.D.Majithia and Deepshikha will be seen dancing on a song sequence where they don the role of a 'naag-naagin'. The comedy and interesting track takes shape after Deepshikha aka 'Icha' in the show returns once again. The song is also to feature the other brothers apart from J.D Majithia and has been professionally choreographed by Pappu
Khanna. 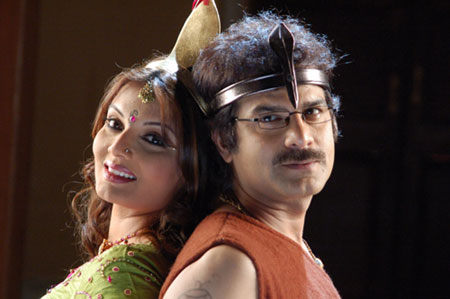 "It is an interesting sequence and I am sure the audience will really like it. We have shot the entire song, and it has been professionally done. May it be just 3 ½ minutes, but we wanted to give the proper feel of a song and dance than just randomly incorporating it into the show. Even the costumes and set has been given a lot of consideration." Says J.D Majethia.

Deepshikha and J.D have been receiving a lot of reviews for their on screen chemistry as a pair. Infact sources say, they might just act together in a Gujrati film also.

Well considering they are a favourite among the Gujrati audience, we wouldn't be surprised either! 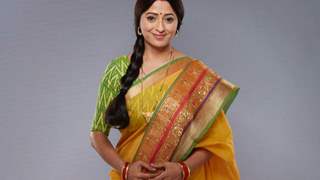 Rocky ! 13 years ago C'mon Ranvir..you got it on a platter buddy. Theres no way you could have made it on ur own..u would have been struggling outside producers offices and finally ended on tele.. be real..you are plain lucky to have been born as raj Kapoors son ..but that does in no way mean u are even close to him talent wise..no matter how SLB tries with the umbrella and rain shots from Rk films.. u will be just a wannabe..who perhaps will make it coz hes destined to.

+ 2
13 years ago great article and pictures

naz nazi 13 years ago hi. i think so the movie is gona be super hit.what is your nick name?

13 years ago Just can't wait for the movie....just too excited...luv his pairing with sonam..
Thnx a tonne for the intervew..

+ 2
13 years ago OMG LUVVVVV HIM....SOOO CUTE and looks like a good actor. Poor guy has a lotta pressure on his shoulders, but I hope he does well. Can't wait until the movie comes out!

13 years ago Ranbir kapoor is handsome and adorable. Look forward to see Sawaariya