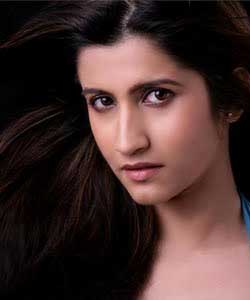 Sony TV's Comedy Circus Ke Tansen has just dropped their curtains a few weeks back and seems like the channel is gearing up for its next season of Comedy Circus with more celebrity galore.

Hence, before giving any details about the contestants to be in the show, here comes the buzz about the new anchor of the upcoming season of the show.

Tellybuzz had earlier reported about Saumya Tandon opting out as the host of next season of Comedy Circus Ke Tansen, following this auditions for a new anchor is currently on.

The latest we hear is that Bollywood actress Smiley Suri, who made her Bollywood debut with Kalyug, is all set to debut on small screen if everything falls in place.

A source informs, "Smily Suri made an appearance yesterday for the look test of Comedy Circus' new season with the scripts provided. Though she had a trouble managing the script, she performed in her own style with her inputs and talent."

Smiley Suri is apparently the girl friend of Shaheer Sheikh, aka Anant of Star Plus' Navya.

We contacted Smily, but she refused to comment on the news.

Is Smiley to be the next anchor of Comedy Circus? Let's wait and watch with curiosity!

f.s.m 9 years ago "mnot dating smiley" shaheer him self says that in his chat with his fans

greatsaleen 9 years ago she is not the conventionally beautiful kind of hostess that comedy circus is known for -- saumaya tondon, the tiwari girl, surveen chawla, etc.

zoya-shah 9 years ago but plz can somebody ask her to leave her attitude at home?

vivacious_priya 9 years ago i cant understand why fans interfere in star real lives!!! its totally dere wish wid whom dey wanna be in a relation.

DbDb 9 years ago Gf of shaheer. But i would like to see shaheer with soumya. They would make a perfect n cute couple. And not smiley please.

-Preeti- 9 years ago Soumya was any day good ...am not sure abt smiley ... anyways wish her all the best