View Profile
This weeks reality shows were an emotional rollercoaster one. If it was mind blowing performance in one show that moist our eyes then in the other two shows, it was the elimination of the best talents that brought out the tears of frustration. 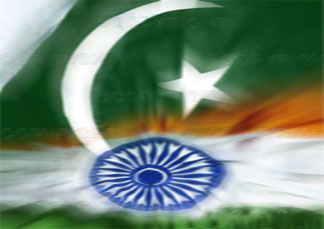 Featured Video
Patriotism is in the air as we move a step close towards the Independence Day. The 60th Independence Day of both India and Pakistan is around the corner. The reality shows grabbed this opportunity to pay the tribute to our mother land. And keeping in line with the theme of the series of world cup for singers in Zee SaReGaMaPa, the show went a step ahead to give a friendship hand to Pakistan by celebrating the independence day of both the countries on the same platform. It was heartwarming to see both the Indian and Pakistani contestants celebrate the Independence Day on the same platform together spreading the message of peace, harmony, goodwill and friendship. Overall it was very patriotic and emotional week with every contestant giving their best performance barring one or two. It can very well be said that the Independence Day special showcased the best performances in this season for SaReGaMa Pa C2007 Vishwayudh! 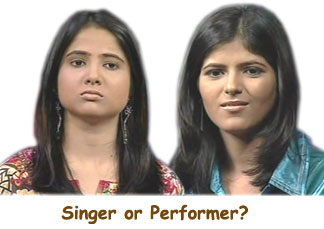 Mayya Mayya girl Mauli's performance is again in question as she faltered badly and proved that she can sing only in one genre. But she is still gaining huge number of votes compared to those who are performing far better than her. If public is giving good support to Mauli in Zee SRGMP, then on the other hand – in Indian Idol, the girl contestants are getting very less votes from the public which resulted in the elimination of one of its best singer - Deepali from the contest. It is not very clear as to what does Public like most. Is singing just not enough to get votes or the extra X factor is needed to woo the public. When in Indian Idol Ankita the performer and Deepali the talented singer came head to head in the contest, the results indicated that the public preferred performance over good singing and that led to Deepali's ouster .The same goes with Prantika of SVOI who shouldn't have been eliminated as she was definitely not the weakest in the group. 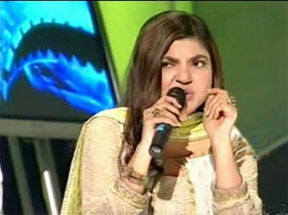 The disparity among the judges is now the talk in every episode of Indian Idol and SVOI. Anu Malik somehow always argues with any one of the other three judges and tries to prove his point with his vocal power. If for one performance he agrees to the comment of Javed Akhtar, the next moment he disagrees with him. We are still unable to judge as to on what basis is he judging this contest? The contradictory statements continue to flow in SVOI as the judges contradict their statements that they had made in previous rounds especially with regards to giving the ratings. The TRP gimmick of Alka's exit and re-entry failed in front of the viewers as they were all aware that she was busy with her concert in US. The show director must definitely now sit and make some strategy planning to improve the show and bring it on larger scale. Though they have some best contestants, the show is loosing its popularity because of its format and poor planning strategies.


Author: Barnali
P.S. The opinions expressed in here is strictly those of the author. So for more information please contact the author only.

+ 2
15 years ago SINGING MATTERS THE MOST BUT PERFORMENCE SUPPOSED TO GIVE THE SONG LIFE. IF DEEPALI IS ELIMENATED THEN IT'S THE AUDIENCES FAULT.MAULI IS A TERRIABLE SINGER WHEN SHE SINGS IT'S MRE like SHOUTING BUT SHE IS STILL GETTING A LOT OF VOTES BECAUSE SHE IS A GOOD PERFORMER. i WANT TO SAY IF YOU WANT TO CHOOSE PERFORMENCE AND LOOKS OVER SINGING YOU SHOULD THINK ABOUT IT BFORE U VOTE.

+ 3
15 years ago to me the singing matters most... but a good performance makes your singing better!

15 years ago I definately think singing matters the most, but performance gives the contestant that edge. Anyways I think Ankita does sing well when she has to (her khushi song, and babuji zara dheere chalo songs etc.), but she is a much better performer.

atleast ankita is in bottom 3 wht happoened to other pathetic performers lik epouja,chang,prahsnt who deserved to be out atleats to come in bottom zone ?

deepali fans shd open their eyes before blaming oniy ankita for her exit if ankita shd be balmed why not puja,chang and prahsnt who also gave bad performance tht day ?

+ 3
15 years ago
And I just hope that even in SRGMP now the viewers take this into account and no good singers gets eliminated because of a performer.

15 years ago This article is so bang on target. I don't follow the other shows that closely but last week, there was definitely injustice on II3. Deepali deserved tp be the Idol yet she was voted out. My dad was indignant, he said there shouldn't be left solely to votes. I explained that they have bought the format from American Idol and can't change it. But i wonder, even if they could, would they really? After all they don't care abot talent, all they want are TRPs and sms revenues!

15 years ago Glad dat someone finally pointed out dat Ankita is just a performer. Please India open ur eyes. You lost deepali. dont loose other gud singers to mere performers.

15 years ago deepali left was so beautiful...i really dont like ankita for telling deepali she should leave...when in reality ankita should leave,yeah she can perform...but def.cant sing