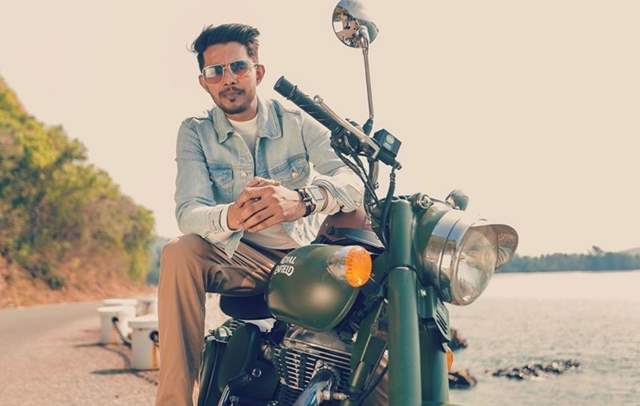 An emerging singer from a small town called Dabra in Madhya Pradesh, Ved Sharma made his breakthrough into Bollywood music industry with the title track of Mohit Suri’s 2020 film Malang. The Malang title track was composed and sung by Ved, which emerged as a big hit and received immense appreciation from the listeners and the audience.

We got in touch with Ved for an exclusive conversation where we talked about his new song Sikhayat, his journey as a young artist in the music industry and how the Malang track happened.

Taking about his latest release Shikayat, Ved Sharma stated, “Shikayat is a song that articulates feelings of a broken heart who has lost his most valuable possession, his love. The importance of a person is only felt in their absence hence one should always express their feeling to their loved ones whenever possible. I experimented quite a few sounds to capture the emotional depth required for this and I am glad that it turned the way it is. I hope that the audience enjoys listening to this as much we did in creating this.”

While the lyrics are penned by Haarsh Limbachiyaa and produced and arranged by Aditya Dev, the song is composed and beautifully sung by Ved Sharma.

While Ved says that he does not look at his 12 year-long journey as a struggle, he says, “I believe in the law of attraction and I was always hopeful that maybe if today my song is not getting selected but it will one day. But it did take me 12 years to crack opportunities.”

Ved also revealed that the hit Malang track was rejected for five years before it finally found its place. “The Malang title track was rejected for five years, but I did not lose hope. I composed the song back in 2015 and then the song was sent in for many movies and it was rejected every time. Sometimes I even thought of releasing it on my own but I had the hope inside me that one day, the song will get it’s due. One thing that I believe is that one should never let someone’s regression create doubt on your talent.”

Speaking of how his song found the place in Mohit Suri’s film Malang, Ved shares:

“I am good friends with Ash King, and one day I made him listen to the song. Later in 2017 after the music launch of Half Girlfriend, Ash made Mohit Suri listen to the song and he liked it. So in 2017, the song was locked and I worked on the song for three years under Mohit Sir’s guidance. After many changes and different versions, the song was finally released.”

Priyanka Chopra Expected to Win an Oscar? To be One of the ...
59 minutes ago