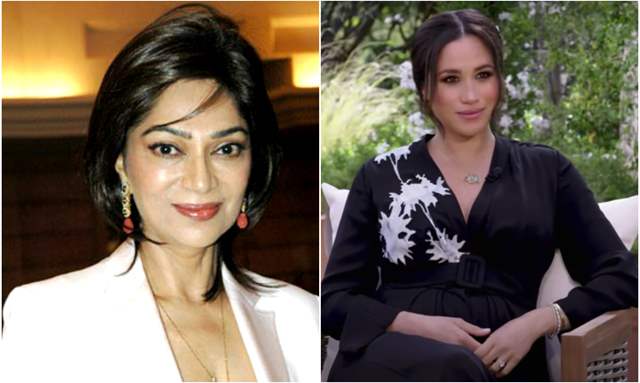 Bollywood actor Simi Garewal reacted to Prince Harry and Meghan Markle's explosive interview with Oprah Winfrey. The recent interaction was their first sit-down interview since they announced they were taking a step back from their duties as members of the British royal family.

Taking to her Twitter handle the veteran actress and talk show host, Garewal, wrote that she does not believe any claims made by Meghan Markle during her interview with Oprah. She also pointed out that Meghan was 'using the race card to gain sympathy.’

“I don't believe a word Meghan says. Not a word. She is lying to make herself a victim. She is using the race card to gain sympathy. Evil," wrote actress Simi Garewal.

In no time, netizens criticized the Mera Naam Joker actress and questioned her veracity to make such bold claims, considering the fact that she is not even related to the Royal family.

For the uninitiated, Meghan, the wife of Prince Harry, accused Britain's royal family of raising concerns about how dark their son's (Archie) skin might be and pushing her to the brink of suicide. The Duchess of Sussex also mentioned that she had been naive before she married into royalty in 2018, but that she ended up having suicidal thoughts and considering self-harm after pleading for help but getting none. 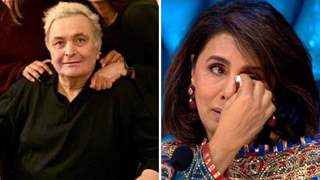