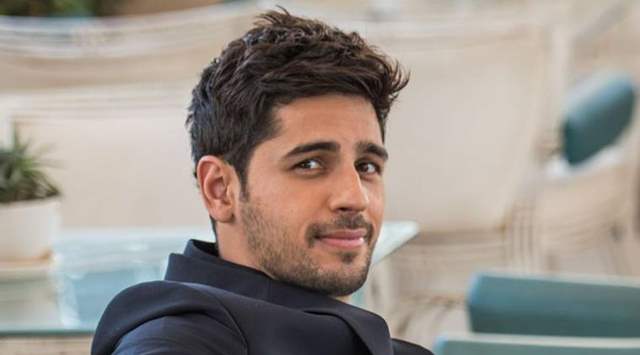 Bollywood actor Sidharth Malhotra enjoys a huge fan following on social media as the actor often keeps his fans entertained with his interesting posts. The actor now took to his Instagram account and posted a video of his dear friend with a cute note along with it.

The actress was quick enough to respond to the Ek Villain actor. She wrote,

"Coming to meet you to make you Try out the new Pepsi black! Max taste and zero sugar!"

In the retro-inspired video, Jacqueline can be seen riding a bike to a remote gas station and arriving in style. It's interesting to note that Jacqueline's appearance and the setting of the campaign are recreations of an old drink advertisement from 1992 starring former supermodel Cindy Crawford.

Jacqueline parks her bike and takes off her helmet in style. She then moves towards a vending machine and sips the drink. The boy in the ad look astounded but the video leaves you wondering whether they are mesmerised by Jacqueline's presence or by the drink shown in the ad. 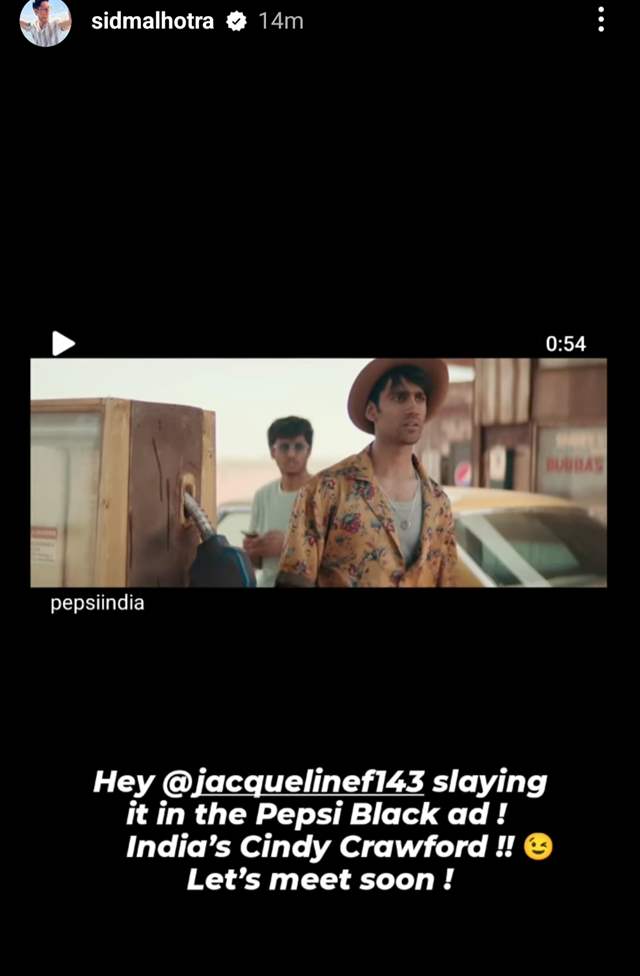 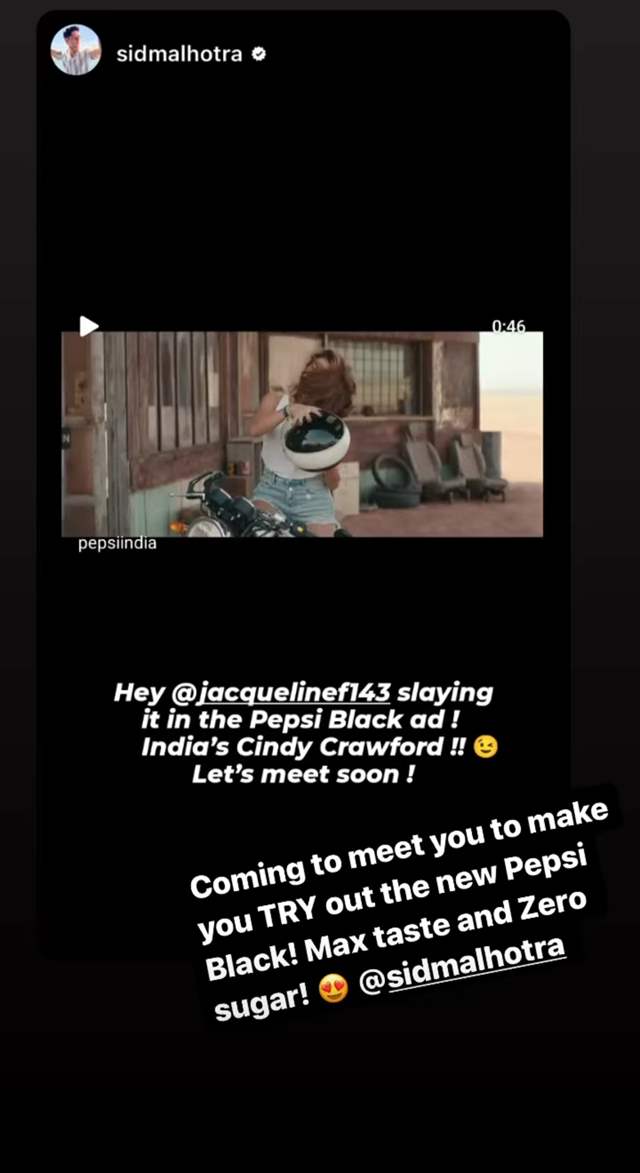 Well talking about Sidharth's work front he has completed two of his upcoming films, Mission Majnu and Thank God alongside Ajay Devgn. He is currently shooting for Dharma Productions's Yodha. Malhotra will also star in Indian Police Force, a web series directed by Rohit Shetty, which will stream on Amazon Prime Video. While Jacqueline is currently waiting for the release of her upcoming film Vikrant Rona opposite Sudeep Kiccha.