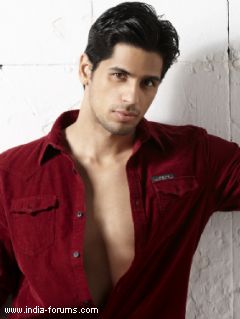 Sidharth Malhotra seems to be going the Aamir Khan way. The actor is changing his look for every film. Depending on his role and the character he is playing, Sidharth moulds his body and alters his look.

For his debut film Student of the Year Sidharth was a buff and muscular student. For Hasee Toh Phasee Sidharth lost some muscle as his character was lean, while he put on a lot more muscle in order to beef up for his character in Ek Villain.

For his upcoming film Warrior, Sidharth has to beef up as his role requires him to put weigh 90 kg. He is on a high protein diet and weight training schedule.